Alabama has passed a series of seven reforms to its ethics and public corruption laws, which, according to Gov. Bob Riley's office, were some of the weakest in the country. 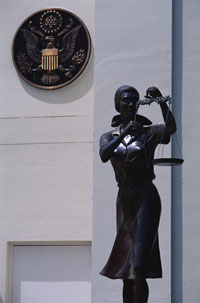 Alabama has passed a series of seven reforms to its ethics and public corruption laws, which, according to Gov. Bob Riley’s office, were some of the weakest in the country. The state’s legislature held a special session in December to pass the reforms, which Riley signed into law on Dec. 20.

The new laws include measures to ban PAC-to-PAC transfers; put limits on what lobbyists and those who hire lobbyists can spend on public officials; grant the Alabama Ethics Commission subpoena power; ban pass-through pork spending and double dipping by legislators; end taxpayer funding of political activity for special interest groups; and require lobbyists who lobby the executive branch to register and file disclosures, according to Riley’s office.

“This is a new era of accountability for our state,” Riley said in a statement. “It is a sea change in attitude about reform, transparency and openness in government.”

Riley went on to urge lawmakers to pass further reforms soon. “This is only the beginning. The day for reform and accountability is not over,” the governor said.