The former city manager of Bell, Calif., who resigned earlier this year following controversy about unreasonably high salaries that he and other city officials were receiving, has been censured and expelled from the International City/County Management Association. 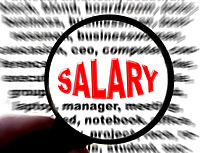 The former city manager of Bell, Calif., who resigned earlier this year following controversy about unreasonably high salaries that he and other city officials were receiving, has been censured and expelled from the Washington-based International City/County Management Association (ICMA). At the time of his resignation, City Manager Robert Rizzo was making $800,000 a year, twice as much as the salary of the president of the United States.

On Dec. 11, ICMA’s executive board found Rizzo guilty of violating the association’s code of ethics on several counts. The board found that Rizzo personally benefitted from misuse of city funds; failed in his fiduciary responsibility to ensure that public funds were legally and properly used for the public’s benefit; did not fully and accurately disclose his compensation in a transparent manner; and failed in his obligation to ensure that city matters were transparent and fully communicated to the council and public.

“The manner in which Mr. Rizzo’s compensation was established did not follow normally accepted practices and lacked both transparency and adequate public disclosure, leading to excessive compensation not supported by fair and reasonable market-based metrics and performance standards,” the ICMA board said in a statement. The board also found that Rizzo obtained a personal loan using public funds without proper authorization, and provided loans of public funds to other city employees and elected officials that also lacked proper authorization or justification that the loans served a public benefit.

Other findings of the board include:

• Rizzo allowed the payment of $10.4 million over 15 years to a firm that had no valid contract with the city and personally approved invoices issued in increments of $10,000.
• Rizzo failed in his fiduciary responsibility to properly secure, segregate and manage bond proceeds — resulting in a loss of $1.7 million in interest earnings — as well as properly deposit funds.

“The action to publicly censure and expel Mr. Rizzo is the strongest action available to the ICMA board,” said the board’s statement. See the ICMA code of ethics.