Finding rats living in an abandoned house is not surprising, but a rodent infestation in a Pulaski Township, Pa., home shocked even experienced code enforcement officers. 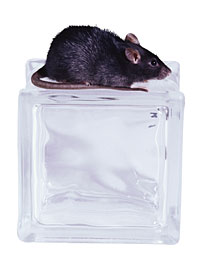 Finding rats living in an abandoned house is not surprising, but a rodent infestation in a Pulaski Township, Pa., home shocked even experienced code enforcement officers. In fact, at one point the rats were one foot deep, according to the Beaver County Times.

The condition of the house has been a problem for more than a year, but township officials were not notified until Nov. 5, when neighbors reported the rats began coming out of the house, local code enforcer John Clay said. Clay described the condition of the home as “unbelievably disturbing,” and he had to wear a hazardous-materials suit when he entered the house because it was filled with dog and rat feces, as well as the rodents. “I’ve been in this business for over 21 years, and I have never seen anything like this,” he said.

The home’s owner had moved out in August, but he had been keeping at least 12 poodles in the house and feeding them by dumping 50-pound bags of food onto the floor, Clay said. The dogs have been turned over to the Beaver County Humane Society, and the house was scheduled to be demolished in mid-November.