Cleveland aims to use purchasing power to attract LED jobs

The Cleveland City Council is expected to approve legislation next month that authorizes the city to seek bids that would tie municipal purchases of LED lights to the creation of jobs at a new manufacturing and research facility in the city.

Some time around Aug. 18, the Cleveland City Council is expected to approve legislation that authorizes the city to seek bids that would tie municipal purchases of LED lights to the creation of jobs at a new manufacturing and research facility in the city.

Some experts say that LEDs — light-emitting diodes — may be the future of lighting. In many cases, they use less electricity and last much longer than incandescent and fluorescent lights.

The ordinance proposes that the city, after completing a competitive bid process, enter into an exclusive LED-purchasing contract for up to 10 years with a LED lighting manufacturer that would, in exchange, create 350 jobs.

Under an earlier proposal by Cleveland Mayor Frank Jackson, the city was negotiating an exclusive arrangement with Sunpu-Opto Semiconductor Co., a Chinese maker of LED lighting products. Under the proposed 10-year deal, the city would have bought its lighting from Sunpu-Opto in exchange for the company building an LED lighting plant in Cleveland and establishing its U.S. headquarters here. Sunpu-Opto is based in Ningbo in Zhejiang province.

Opposition from some council members led to the legislation being reintroduced with a variety of amendments and competitive bidding requirements, including: 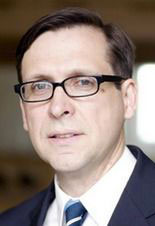 Brian Cummins, a five-year council veteran, described the mayor’s original proposed deal with Sunpu-Opto as risky, shortsighted, and one that inhibited the competitive nature of the bidding process. “Although I give the mayor a lot of credit for wanting to try something different by using the city’s purchasing power, I think the technology in the market demands a more prudent approach for more tested and certified products,” Cummins told Govpro.com.

Cummins wants the city to go slow on replacing fluorescent tubes with LED lights as part of the proposal, saying the technology today has too many technical hurdles, and is probably anywhere from a year to two years off in its ability to satisfy the technical requirements for larger procurements. “I think it is premature to be putting out RFPs on tube lights and bulb lights, and I think we should focus on developing relationships with firms that already have some proven street and traffic light products out there,” he said. “[However,] the opportunities that LED lighting technology provides are enormous. All of our lighting products will be migrating to this IT-driven technology. There is every reason we should be seriously considering how to leverage and involve our local and regional lighting companies.”

There had been speculation that other lighting manufacturers, including East Cleveland-based GE Lighting, would have sued the city to halt the proposed exclusive arrangement with Sunpu-Opto. According to news reports, a lawsuit is unlikely, now that the city will rely on a competitive bid process.

LED lights need to overcome some hurdles, such as safety issues, when they are used in traffic signals in cold climates.