More for your money 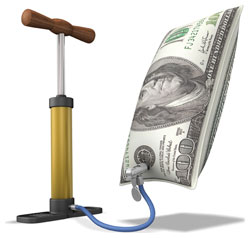 The Great Recession has wreaked equal havoc on state and local governments, while demand for services — in part to cope with the ailing economy — has increased governments’ workload. Not surprisingly, states, which are facing a cumulative $89 billion shortfall in fiscal year (FY) 2011, have been pushing their budgetary pain to local governments. In FY 2010, 20 states proposed decreases to aid levels to local governments, and 2011 does not look any better.

Faced with unprecedented deficits, government managers are making scores of painful decisions — from Los Angeles, which recently announced plans to layoff 761 employees to help close a $500 million deficit, to Arizona, which has proposed selling the state capitol through an innovative sale-leaseback program intended to infuse the state with cash. Behind the headlines, however, purchasing departments are finding ways to stretch government dollars further than ever, and many are finding useful tools in strategic sourcing and cooperative purchasing.

An overlooked department can save millions

Procurement departments are too often not recognized for their ability to generate dramatic savings, despite the fact that spending on goods and services often equals roughly 15 to 20 percent of a government’s total budget. State and local government procurement offices have delivered tens of millions of dollars in savings by better leveraging their buying power using private sector best practices like strategic sourcing, streamlining internal processes and employing eProcurement technologies.

Unlike layoffs, pay freezes or cutting services, procurement savings do not imperil the livelihood of the government workforce, nor do they negatively affect residents. While procurement savings alone are not a panacea to budget shortfalls, they can lessen painful service cuts or tax increases. “Every dollar saved in procurement can be used somewhere else to meet an objective or policy goal that provides value to citizens,” says Dean Stotler, director of Delaware’s Department of Government Support Services and a board member of the Lexington, Ky.-based National Association of State Procurement Officials.

Strategic sourcing — aggregating the volume of all agencies and departments and driving that volume to a very small number of suppliers — is one best practice that has been widely used in recent years to save significant amounts of money. Strategic sourcing maximizes the volume in a specific category to get lower prices and superior levels of quality and service.

While there was significant media coverage when states began using strategic sourcing in the mid-2000s, a number of cities and counties had been quietly and successfully using the same technique a decade earlier. Kenneth Desowitz, Los Angeles’ director of Supply Service, started the city’s strategic sourcing initiative in 1995. Since then, Desowitz and his team have removed roughly $70 million from the cost of buying goods and services.

For example, using strategic sourcing, the city saved a significant amount of money in the past year by changing the way it buys modular furniture. “Previously, we had contracts with multiple manufacturers, but by standardizing on a single manufacturer and utilizing a national cooperative contract, we generated hundreds of thousands of dollars in savings on furniture for a single building,” Desowitz says.

Kirk Buffington, chief procurement officer for Fort Lauderdale, Fla., and a past president of the Herndon, Va.-based National Institute of Government Purchasers, says his procurement department has redoubled its efforts to drive savings. “In the past, we allowed agencies to have their own contracts. But, we have found now that by combining multiple contracts in to single contracts, we gain better pricing by gaining more volume,” Buffington says.

With greater use of processes like strategic sourcing, a central purchasing organization plays a more robust and active role in determining the choices available to agencies and departments. Understandably, greater centralization can create some tension between the procurement department and agencies that have historically had purchasing autonomy.

For example, when Delaware Gov. Jack Markell began his term in 2009, he pledged to reduce the state’s vehicle fleet by 20 percent. Using global positioning system devices in state vehicles, Stotler’s team identified vehicles that were not frequently driven. Despite several agencies’ concern over a centralized decision in this instance, the data supported a business case for the reductions, and the Markell administration achieved the sought-after efficiencies.

Stotler attributes Delaware’s success in encouraging better operational behavior to Markell’s leadership and the budget environment. “Gov. Markell realized the value of business intelligence for government and the need for demonstrated leadership at the top in setting the example and addressing the state’s needs,” Stotler says. “His commitment on this issue and message to state employees and taxpayers was that it is no longer enough to do what we had always done. Bad times help people realize that we have to do something that otherwise might not be palatable in good times. Bad times are an impetus for change management.”

Like other departments, procurement has been doing more with fewer resources. Because of the tumultuous events of the last decade, procurements aimed at stimulating the economy, homeland security, emergency response and sustainability have significantly increased. Buffington says that during the 2008-09 fiscal year, the city’s solicitations increased by 92 percent over the previous year.

The rise of cooperative purchasing

As the demands on procurement departments have grown, the resources at their disposal have shrunk. State and local procurement offices have seen a generation of their most experienced staff retire early and have not been able to replace them because of hiring freezes. And, as their ranks shrank because of attrition, they also were slashed by layoffs and furloughs. Procurement directors often were unable to provide sufficient training to younger, less experienced acquisition staff because of widespread reductions and elimination of training and travel budgets.

Taken together, procurement directors faced an impossible predicament: to generate badly needed savings, while seeing at times a doubling of workload with a much smaller, less experienced and less-trained workforce. To simply survive, many procurement directors began taking greater advantage of cooperative purchasing.

Participating in cooperative purchasing involves one governmental entity using a contract competitively procured by another agency. With a few exceptions, nearly every state and local government has statutory authority to participate in cooperative purchasing agreements. It is a process that has been codified as a best practice in the American Bar Association’s Model Procurement Code and has been endorsed by every major public procurement association.

Desowitz has witnessed a marked change in procurement offices’ attitudes about cooperative purchasing recently. “It used to be very threatening — that you could replace your staff by only using other governments’ contracts, but as a result of all these budgetary challenges, that threat has been alleviated by the fact that we are forced to get better pricing, which cooperative purchasing allows us to do,” he says.

Cooperative purchasing has had two primary values for Fort Lauderdale. “First, it saved the procurement agency the administrative time and soft cost of conducting and administering our own procurements,” Buffington says. “I’d rather have my staff spending their limited time doing an RFP that brings value to the city, rather than doing procurement for a commodity that another jurisdiction has already done well.”

“Second, [cooperative purchasing] allows us to combine the volume of multiple governments,” Buffington says. “When you combine all of our volumes, clearly you’ll see some value in driving down your price.”

Participating in cooperative purchasing agreements has become a standard operating procedure in Los Angeles. “The most effective way of ensuring you are delivering the best value for your organization is to look at how other entities are buying the same types of goods and services you are buying,” Desowitz says. “As a matter of routine course of business, we look at other governments’ contracts. In doing our market research, we’ll see a contract where we can save money for the city and we should just piggyback on.”

“There is flexibility within cooperative purchasing, which allows us to have Delaware-specific terms and conditions while still taking advantage of existing contracts,” Stotler says. “At the same time, because the contracts we are joining were competitively procured in a manner consistent with the state’s procurement processes, it allows us to preserve the integrity of the procurement.” Also, because there is no need to conduct their own procurement, communities using cooperative purchasing can dramatically reduce the time required to establish a new contract from months to weeks.

With budget deficits reaching a national crisis for some state and local governments, resourceful procurement managers like Desowitz, Stotler and Buffington — and their colleagues across the country — are bringing value to their organizations by driving significant contract savings. And, armed with sound management tools like cooperative purchasing and strategic sourcing, they are delivering those savings, and helping their governments live within their means.

David Yarkin is president of Washington-based Government Sourcing Solutions and formerly Pennsylvania’s Deputy Secretary for Procurement. He can be reached at [email protected].