Keating Report on government budgets and spending, 2nd half 2010

Government spending continues to shore up the economy, offering some hope for the remainder of 2010. Additionally, the U.S. economy is showing increased strength heading into the second half of 2010.

The U.S. economy is showing increased strength heading into the second half of 2010. A few signs of the recovery include: 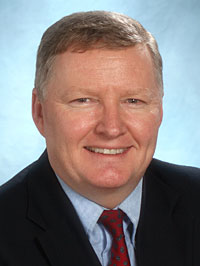 Government purchases of goods and services will grow an average of more than 1.5 percent in the remaining quarters of 2010 and into the first quarter of 2011, according to the latest analysis from St. Louis, Mo.-based consultants Macroeconomic Advisers (MA).

Total government purchases of goods and services in the U.S. (also called government consumption and gross investment) will reach $3.03 trillion in the fourth quarter of 2010 vs. $2.9 trillion in 2009, according to MA. State and local governments will account for $1.8 trillion, while federal purchases will exceed $1.2 trillion.

Government stimulus spending has been a factor in revitalizing the economy, but it is just getting up to speed, says Michael Balsam, chief strategy officer at Seattle-based Onvia, a consulting firm that helps businesses with government contracts. “News reports last year talked about all of the stimulus dollars that were purportedly flowing into the economy, when in fact, only 25 percent had been spent. Through the second half of 2010 and into 2011, we’ll be seeing those dollars start to hit the ground and local economies in a way that’s tangible for businesses,” he says. “The money is starting to get closer to the lowest levels of government, where it actually stands to impact the economy.

We will not see massive, trillion-dollar economic stimulus spending bills in the future, Balsam adds. “I think it’s likely we’ll see additional jobs-centric, job creation bills tied to the infrastructure and energy investment, but you won’t see them called stimulus legislation ever again.”

The Local Jobs for America Act (LJAA) is an example of a jobs-related stimulus bill we may see more of in the future. The federal legislation (H.R. 4812) would provide $75 billion over several years to local governments to delay planned cuts or to rehire workers for local services who have been laid off because of tight budgets. More than 70 percent of the funds would be paid directly to cities with populations of more than 50,000, while the rest would be distributed to smaller communities through the states.

The legislation is gathering support in the House and may soon be introduced in the Senate. By early June, the bill had 161 co-sponsors in the House, plus its original sponsor, Rep. George Miller, D-Calif. If supporters can gain 200 co-sponsors, Miller will ask for a vote on the floor. After that, House members will urge the Senate to create a similar bill there. Some senators have indicated that they would introduce legislation soon, according to GPN‘s sister publication, American City & County.

After months of declines, state tax collections are starting to trend upward. Even so, Sujit CanagaRetna, senior fiscal analyst for the Council of State Governments (CSG) in Lexington, Ky., sees a challenging fiscal future for states.

“For the upcoming two years [fiscal years 2011 and 2012], it is estimated that states will face shortfalls of about $260 billion even after taking into account aid from the federal government,” CanagaRetna tells Govpro.com. “Given the balanced budget requirements enshrined in almost every state constitution, state policymakers will continue to slash spending, expand gaming, tap rainy day funds, and raise taxes and fees to bridge the shortfalls.”

And that follows on the heels of the Great Recession, which has steadily shrunk state budgets in recent years, CanagaRetna notes.

Dwindling assistance from Washington also will affect state coffers next year, says Nicholas Johnson, director of the State Fiscal Project at the Washington-based Center on Budget and Policy Priorities. “Federal aid to states that was enacted in the federal Recovery Act will expire midway through 2011,” he says. “We project the remaining budget gap that states must face to equal $140 billion [in2011 fiscal year]. The spending cuts that states would have to make to address that shortfall could cost the economy 900,000 public- and private-sector jobs.”

Johnson’s organization works at federal and state levels on fiscal policy and public programs that affect low- and moderate-income families and individuals.

There is a bright side, explains Johnson. “A number of states are abandoning the cuts-only response to these shortfalls and are taking a more balanced approach that includes revenue measures; some 33 states have raised taxes or tax-like fees, ranging from small increases to major revenue packages,” he says. “Another piece of good news is that both houses of Congress have voted [in separate bills] to extend the federal aid through the end of the next fiscal year, and we hope such legislation will be enacted soon so as to mitigate budget cuts in the coming year.”

On the subject of revenue enhancers, legislators in two states have voted to raise cigarette taxes so far in 2010, with a half dozen other states considering increases, according to the federal Centers for Disease Control and Prevention in Atlanta.

In New Jersey, the transportation commissioner wants to plug some of the its $11 billion budget deficit by selling the naming rights to a dozen New Jersey Turnpike rest stops and eight service areas on the Garden State Parkway. NJ DOT Commissioner James Simpson believes corporations and other organizations may be willing to spend as much as $10 million to secure naming rights to just one location.

CanagaRetna sees other reasons for optimism in state capitals: “There are a number of exciting and promising economic development projects thriving in states across the country involving such areas as bio-tech, renewable energy sources — including wind and solar — and manufacturing, including aviation and automobiles. These high-tech, high-wage jobs offer optimism and the promise of improved economic times going forward.”

Yes, city and county budgets are stressed out. The municipal sector likely will face a fiscal shortfall of between $56 billion and $83 billion from 2010-2012, driven by declining tax revenues, ongoing service demands and cuts in state revenues, according to the National League of Cities’ recent “City Budget Shortfalls and Responses: Projections for 2010-2012” report.

Although the $75 billion Local Jobs for America Act (LJAA) could bring some fiscal relief to cities and enable local governments to hold off planned job cuts, governments may need to look beyond federal aid to help them balance their budgets, says Tad DeHaven, a budget analyst at the Cato Institute, a Washington-based libertarian think tank.

“Thanks to federal bailouts, state and local governments have not instituted the reforms necessary to keep themselves from overspending when times are good and then running crying to Washington when the economy inevitably heads south,” DeHaven tells Govpro.com. “Although, with Washington arguably already in fiscal crisis, state and local governments probably shouldn’t bank on Washington bailing them out to the degree it has in the past.”

“Federal stimulus dollars are clearly driving one of the biggest increases in construction spending the industry has experienced in a long time,” says Ken Simonson, chief economist for AGC.

In a June press release on 2010 construction trends through April, Simonson noted that stimulus spending is driving increases in a range of public construction categories. “Compared to March 2010, spending on public drinking water supply facilities jumped 7.9 percent; public sewage treatment, 3.9 percent; and highway construction, 3.6 percent. Spending on other public transportation modes was flat for the month but soared 29 percent compared to April 2009.”

Haughey says state and local governments “have started to pinch their pennies” in response to tight budgets, but that momentum from stimulus funding will continue to drive public sector construction through the rest of 2010. RCD offers national, regional and local construction data, building product information, construction cost data and market analytics to construction industry professionals in the U.S. and Canada.

Randy Lebolo, president of Boynton Beach, Fla.-based Lebolo Construction Management, tells Govpro.com that a large contractor has invited his firm to bid on the contractor’s American Recovery and Reinvestment Act of 2009 (ARRA) projects in Florida. “Federal contracts are starting to pop up, especially as the closing of the fiscal year is approaching. I’m starting to see an increase in request for proposals on FedBizOpps.com and E-Buy. We are currently following several opportunities with a number of federal agencies. We have been informed, through conversations with the different agencies, that the jobs should be out for bid in less than one month,” Lebolo says.

“Overall, we are very excited about the opportunities that are coming up in the second half,” says Lebolo, who anticipates fewer state- and local-funded projects and more competition for the remainder of 2010. His company coordinates and controls design, budget, schedules and quality on a variety of construction projects.

Next month, the first phase of the eight-acre Rick Rice Park (photo below) will be completed in the west Houston community of Katy. The park is a practical use of a stormwater detention area next to Mason Creek, and offers benches, an overlook platform, a central lake and fountain surrounded by a mile-long trail, and the Veterans Memorial Plaza. 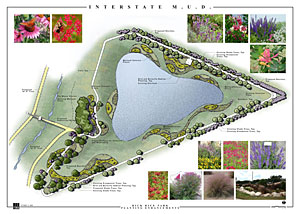 Thanks to the Obama Administration’s economic stimulus plan, which is boosting spending on road and bridge building and rehabilitation, more construction dollars will be allocated in the years ahead on geosynthetics, according to Cleveland-based business and market researcher The Freedonia Group. The firm expects U.S. spending on geosynthetics used in transportation infrastructure to advance 3.2 percent per year to 265 million square yards in 2012, with a value of $335 million.

“We have been pleasantly surprised to see how many municipal, state and federal government agency IP addresses have been hitting our site to locate and shop for rental construction equipment from the Associated Equipment Distributor Directory,” Alderete tells Govpro.com. “I think it’s fair to conclude that, given the state of our economy, government agencies at all levels are seeking to implement the most responsible and cost-effective means of applying taxpayer dollars to equipment on the job.” EquipmentWatch and the AED Green Book are sister publications of Govpro.com and Government Product News.

Stimulus funding from the American Recovery and Reinvestment Act of 2009 has given a much-needed boost to the economy, and more relief may be on the way to governments from Washington. Local and state government administrators are still coping with declining tax revenues from the recent economic downturn.

Spiraling federal budget shortfalls remain a concern as we start the second half of 2010, says Brian Riedl, a senior policy analyst at the Washington-based Heritage Foundation. “The federal budget is set to continue along the pace to a $1.4 trillion budget deficit. While some estimate the deficit will drop this year, Congress is likely to approve yet more stimulus legislation, and also provide the annual patch to the Medicare physician payments system. This would mark the second straight $1.4 trillion budget deficit — which, at 10 percent of GDP, continues to dwarf all post-World War II budget deficits.”

The Heritage Foundation is a research institute that formulates and promotes conservative public policies.

Michael Keating is senior editor for Govpro.com and Government Product News. He can be reached via e-mail at [email protected].