As employee benefits get chopped, how will governments attract and retain people with the right skills? 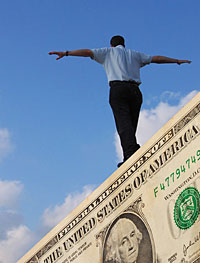 The pay raises that Tomball, Texas, employees had received for 22 consecutive years came to a halt in 2009 thanks to the Great Recession. Yet, other than the wage freeze, the Houston suburb has been largely able to resist the kinds of benefits cutbacks that have been common in other cities and towns.

But how long the city can hold the line against cuts seen elsewhere remains a big unknown, says Lisa Coe, the city’s director of human resources. While popular benefits like life insurance and disability coverage appear safe for now, health insurance is a major concern, with possible increases in employee cost-sharing on the table. “The costs keep skyrocketing so fast, it’s hard to tell,” she says. “We keep looking for ways to save. You never know what will work.”

Coe is certainly not alone in her focus on benefit expenses in the face of the worst climate for government finances in many years, with increasing demands for services, reduced revenue from traditional sources and an angry constituency that is not in any mood for tax increases. The competing forces have set the scene for a vigorous debate between those who maintain that public sector employees are overcompensated in pay and benefits, and observers who warn that the continuing cuts may place state and local governments at a disadvantage in trying to fill critical skill positions once the employment picture brightens.

“The public sector is walking on a knife’s edge,” says Keith Bender, an economist at the University of Wisconsin-Milwaukee (UWM), who recently completed a study comparing compensation levels in the public and private sectors. “They need to supply a service and maintain the kind of labor force with the right skills that they are having a hard time paying for. It’s a real challenge.”

Most public sector officials believe that the effects of the reduced compensation levels will not be felt for some time, because the high unemployment rate nationally keeps employees from seeking better paying jobs in the private sector. In the meantime, the pressure to trim expenses continues to weigh down on the kinds of benefits being offered and the contribution levels employees expect.

A March 2010 study of public sector compensation levels by the Brookfield, Wis.-based International Foundation of Employee Benefit Plans (IFEBP) identified a continuing “trend toward increased cost-sharing with workers” and “slow movement toward consumer-driven health care in the public sector.” While the generally difficult economic climate is a big factor, additional pressure comes from the severe decline in value in public employee defined benefit retirement plans, which will likely require substantial increases in contributions from employers. Under defined benefit plans, the employer is responsible for the pension payment, even if the value of the stocks and bonds set aside to cover the costs suffers market losses, as was the case in the 2008 bear market. The Washington-based Pew Center on the States estimates that pensions are underfunded by more than $1 trillion, bringing their funding levels down to 77 percent in 2008. Estimates from some conservative think tanks (using different assumptions) place the total liability as high as $3 trillion.

The money to fund healthcare benefits for retirees also is lacking. As of November 2009, the federal government estimated that state and local governments had promised more than $530 billion more in post-employment health benefits than they had set aside. The net effect, regardless of the assumptions, is that governments will be forced to contribute more to pay for retiree health plans and the retiree pension plans to keep their promises.

As a result, the IFEBP study found that more employers are turning to wellness initiatives and disease management to reduce health costs, cost-sharing of deductibles and co-pays to add to employee responsibility, and voluntary benefits that have no effect on the employer’s bottom line but can lift employee morale. “Plans are embracing initiatives in wellness, value-based health care and disease management even more than a year ago,” says Sally Natchek, IFEBP’s senior director of research. “It’s caused by challenges on the pension side and the cost stress of health care. They are definitely stepping up health care cost control, more than the last few years.”

In addition to the health care initiatives, the IFEBP study found:

“In the past, the public sector has not followed the changes in the private sector,” Natchek notes. “They are following now, maybe a few steps behind, but increasingly they are passing the costs on to employees. The corporations were doing this before. The public sector is following suit.”

The trend toward focusing cost-cutting efforts on public employees has spurred a debate between those who contend that employee benefits are out of control and bankrupting governments, and those who argue that the higher skill level of government workers requires equal compensation to attract and retain the right workers. Based on education levels of employees, some maintain, the government is underpaying its workers.

Two recent articles in the Wall Street Journal present one perspective, arguing that state and local workers are overpaid and receive benefits that are out of line with the trends in the public sector. “Labor costs, which at $1.1 trillion in 2008 account for half of state and local spending according to the Cato Institute, simply must come down. And there is plenty of reason why they should,” writes Gary Shilling, an economist and investment adviser. Mortimer Zuckerman, chairman and editor in chief of U.S. News and World Report, is even more direct. “There is a mounting sense that taxpayers are being taken for an expensive ride by public sector unions,” he writes.

Countering that contention is the April 2010 study by Bender and UWM colleague John Heywood, which looked at the education levels of employees in the public and private sectors, rather than trying to find comparable jobs. According to Bender and Heywood, “the typical state or local government employee has substantially more education, training and experience” than the typical private sector worker. The study found that “wages and salaries of state and local employees are lower than those for private sector workers with comparable earnings determinants (e.g., education). State employees typically earn 11 percent less; local workers earn 12 percent less.”

When including benefits, on average, the researchers found that total compensation is 6.8 percent lower for state employees and 7.4 percent lower for local workers, compared with comparable private sector employees. “The average compensation of state and local employees is not excessive,” the report states. “The data do not call for reductions in average state and local wages and benefits.”

Bender acknowledges that there is a public perception that public sector workers are overpaid. But, he says, the misconception comes from evaluating compensation based on the position rather than the education levels required for the jobs. “Media reports are based on raw averages,” he says. “But you can’t look at raw averages. Public sector workers are not overpaid.”

Although the academics can make a convincing case for higher wages and benefits for state and local workers, the political reality pushes much more strongly in the other direction — and that worries public sector advocates, like Elizabeth Kellar, executive director of the Center for State and Local Government Excellence, the Washington-based nonprofit that sponsored Bender’s study. “The biggest challenge is to put together a picture of the variety of jobs that make a community work,” she says. “A lot of people don’t give a thought about all the little things that governments do for the people — until a natural disaster and people demand a full range of services.”

Kellar points to the anthrax scare after the 2001 attack on the World Trade Center and the more recent swine flu scare as examples of the high skill levels required to deliver what the public expects. She recalls that during the 1980 recession, the public sector went through the same convulsions with hiring freezes and elimination of positions. “When we came out of the recession, we didn’t have the people ready for the critical positions, and we couldn’t compete with the private sector to bring the government back to a competitive level,” Kellar says.

How to save money and keep benefits

Given the economic environment, Kellar suggests that governments seek ways to reduce costs while sustaining the level of benefits through wellness programs and innovative training techniques, such as long-distance learning programs using Internet webinars that provide information without incurring travel expenses. “Governments have to be creative how they help the employee,” she says.

Tomball’s human resources department has mixed benefit changes with the personal touch to keep up morale among the city’s 130 full-time and 50 part-time employees. For example, the city has adopted National Save for Retirement Week as a platform for its own financial planning events, which include seminars on college savings and age-based seminars. “We try to make the employees feel as appreciated as best we can with the money that taxpayers allow us,” Coe says.

The city saved a considerable amount of money by switching health providers and using the extra dollars to add long-term disability insurance, which employees had often requested. In addition, the city began offering wellness testing six years ago, which included tests for high blood pressure and sugar. “Two people were sent straight to the hospital,” she says, noting that as a result of the continuing testing she has seen fewer employees today suffering sudden incidents, like heart attacks or strokes. “It keeps insurance rates down a little,” she says.

Among the voluntary benefits offered is vision care, which pays for eyeglasses, and life insurance coverage for families of the employees. As a whole, the city’s offering amounts to an excellent package for employees, she says. “We’ve had employees leave for better pay but then come back when they see that a huge chunk of the raise goes for family health coverage,” she says.

But, Coe acknowledges the savings from switching providers was a one-time event and that keeping the lid on health care costs is a priority. “Health care is an area we are keeping our eye on,” she says. “It’s one of the few areas where we still have some leeway. We would never pass on the full cost of increases, but in the future some employee charge might be something we would look at.”

The Utah Transit Authority (UTA) also has emphasized its wellness program as a means to restrain health care increases, says Linda Knudsen, UTA’s pension administrator. UTA has a particular need to attract and retain highly skilled engineers and information systems personnel to maintain the technical expertise to operate a modern transportation system. “There are good people who work here for many, many years,” she says.

Knudsen says the authority has made a special effort to keep up the benefits package for its 2,000 employees because current employees value it greatly today and prospective employees will seek the security it provides in the future. “The new generation coming into the workforce is looking for stability more than a big paycheck,” she says. “They see what their parents are going through right now, especially with layoffs, disruption of their families. They’re looking for stability, so they value our offerings of benefits and stability.”