A note of thanks

Jason Morrison, communications designer for Henry County, Ga., took this photo during a Memorial Day service at the Veteran's Wall of Honor in McDonough, Ga. 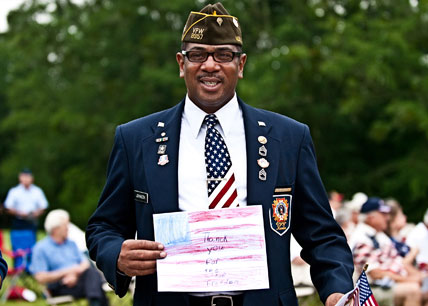 Jason Morrison, communications designer for Henry County, Ga., took this photo during a Memorial Day service at the Veteran’s Wall of Honor in McDonough, Ga.

During the service, a young girl walked up to the veteran in the photo, handed him a paper and said “Thank you.” On the paper, Morrison says, the girl had colored the American flag and written on the paper was “Thank you for the gift of freedom.”