In Idaho, state parks and recreation agencies are facing $4.5 million in budget cuts as the state heads into FY 2011. Idaho is not alone in taking budget-saving measures in its parks.

In Idaho, state parks and recreation agencies are facing $4.5 million in budget cuts as the state heads into FY 2011. Instead of closing three of Idaho’s 30 state parks to balance its budget, the Idaho Park and Recreation Board has voted to keep all parks open. The board will reduce services and close some parks on a seasonal basis to keep expenses in line. 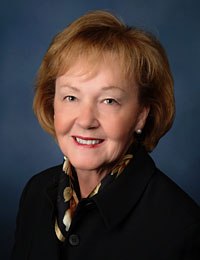 Idaho Department of Parks and Recreation (IDPR) director Nancy Merrill outlined the department’s budget-saving strategy: “During the next year, the agency’s goal will be to focus on generating revenue to maintain operations long-term. The good news is, our 30 state parks will remain open for public enjoyment, and we’re confident that our very supportive customers will understand that changes were necessary.”

The department noted that entry to some parks could be limited in the future. In a statement, it said: “Access limitations and seasonal closures will be based on weather and staffs’ ability to accommodate (i.e. snow removal) and historic visitation.”

Visitors to Idaho state parks can expect some changes, including:

On that last point, IDPR communications manager Jennifer Wernex told Govpro.com: “There will be fewer staff in parks all together to accomplish all that needs to be done, including enforcement.”

A private nonprofit group called Friends of Idaho Parks & Recreation was formed recently in Boise to work on political support for the IDPR, boost volunteerism at state parks and generate long-term funding for parks and recreation projects. “A 2009 study found that Idaho state park campers infused $34.9 million into local economies and $40 million in direct impact to Idaho’s economy,” said Steve Stuebner, a co-founder of the group. “Clearly, our state parks are a vital lynchpin in the tourism economy, one of the state’s most important economic assets.”

Idaho is not alone in taking budget-saving measures in its parks. In Georgia, the state’s Department of Natural Resources (DNR) is looking for corporate sponsors to keep the Peach State’s parks and historic sites open. The move comes as the department is facing sizable budget cuts.

The DNR is hiring a marketing company to find sponsors for events and infrastructure in state-owned parks. Officials say the names of parks will not be sold or auctioned to the highest bidder.

DNR Commissioner Chris Clark describes the move as a creative tactic to close a budget shortfall. “We know who our customers are. We know that they’re not coming to our parks to be bombarded with ads,” Clark was quoted in news reports. “Instead of charging them $15 to park their car there every time they visit, they’re probably OK with a small sign saying this trail brought to you by REI.”