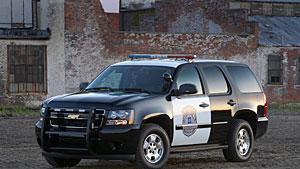 The Chevrolet Tahoe Police two-wheel drive vehicle was found to have the lowest lifecycle cost in the law enforcement market by Vincentric, a company specializing in the area of automobile lifecycle analysis. 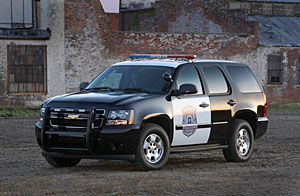 When the seven factors were analyzed for four 2010 police models from three manufacturers, the Chevrolet Tahoe ranked first because of its strong residual value, according to Vincentric. Residual values are based on auction prices obtained at the time of resale of a vehicle, according to a Vincentric spokesperson.

For its fuel costs analysis of police vehicles, Vincentric used EPA estimates and assumed that the vehicles’ mileage was 55 percent city and 45 percent highway driving. Fuel prices were based on U.S. averages and used a weighted average of prices from recent months.

The report also noted that the Tahoe had the highest acquisition cost of any law enforcement vehicle in the study.

Lifecycle cost analysis allows government agencies to more effectively compare the cost to own and operate law enforcement vehicles. The data from the analysis enables an informed decision about which vehicles provide the combination of features important to their operations versus the overall lifecycle costs.

“Our intent with any of our fleet lifecycle cost analyses is to provide guidance to all types of fleet buyers, including small businesses, large commercial fleets and police and other government organizations,” said David Wurster, president of Vincentric. “By looking at as many different mileage/lifecycle timeframe scenarios as possible, we’re able to account for a wide variety of driving and ownership patterns and provide an independent, solid foundation for accurately evaluating the lifecycle costs of fleet vehicles.”