After three years of reducing budgets, what are local officials going to cut next? 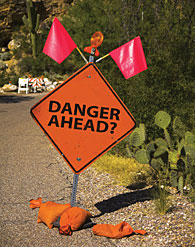 Even before Snowmageddon struck Montgomery County, Md., in early February, the suburban county’s public works budget was hard-hit by three years of budget cuts that already had forced tangible cuts in public services. In fact, while the extraordinary cost of removing successive foot-high snowfalls might be at least partly offset by federal emergency funds, the budget woes from general operations only will grow worse.

“We’re going beyond just not filling empty positions,” David Dise, the county’s director of general services, said before the blizzard. “Services will suffer serious and dramatic cuts on programs that directly impact on citizens.”

The concerns about budget shortfalls facing the Washington suburb are echoed around the country, from communities and public utilities large and small, which face falling revenues even as demands for service increase. With money so tight, departments will be struggling to maintain current operations, much less expand and improve public infrastructure.

Particularly worrisome, say public works officials, is that the cutbacks from the drawn-out recession now are entering their third or fourth year, and it may be two or more years before budgets recover, if ever. Past recessions have led to strong recoveries, but the current prolonged economic malaise is significantly taxing an already overworked infrastructure and may even be establishing a “new normal” of resource deprivation.

“A tremendous amount of work is being deferred out into the future,” says Peter King, executive director of the American Public Works Association (APWA), a Kansas City, Mo.-based professional association focused on state and local public works operations. “These projects have to be paid for at some point, and it’s more expensive to undertake them later than to make the investment now.”

APWA, as well as other public sector representative groups, have been urging Congress to send more stimulus money to state and local governments. “From a national perspective, we need more federal investment in infrastructure projects,” King says.

But, at the local level, the impact of the nation’s worst and most prolonged recession since the Great Depression has taken a toll on municipal budgets, which have sustained sharp reductions in both tax revenue and state aid in the face of ongoing service demands. That has led to budget gaps totaling billions of dollars nationwide.

According to a September 2009 survey of city finance officers by the National League of Cities (NLC), the municipal sector will likely face a fiscal shortfall of between $56 billion and $83 billion from 2010 to 2012. Because the low point for city fiscal conditions typically follows the low point of an economic downturn by at least two years, NLC estimates that the bottom for cities will come sometime in 2011. That is a long way off for departments that have already been asked for two years to pull back on their operations.

As a result of decreased revenues, 91 percent of cities reported making spending cuts in 2009, and 82 percent expected further cuts in 2010. Delays or cancellations of capital infrastructure projects were cited by 62 percent of the finance officers as targets for spending cuts, second only to staff furloughs or hiring freezes at 67 percent. The fact that 14 percent of cities have already cut public safety, considered the last resort, indicates how desperate the situation has become. “The outlook is pretty grim,” King says.

Which Services Will Be Cut?

Evidence of the difficult times for public works departments is widespread. In Oklahoma City, Public Works Director Dennis Clowers told a local newspaper that some major personnel cuts and service reductions, likely graffiti removal, have become more possible. “At some point, your budget can get to the point where you simply don’t have the dollars to employ the same number of people,” says City Councilmember Gary Marrs. “It’s going to be a tough year. There are going to be some extremely tough decisions to make, and unfortunately [they are] going to include personnel.”

In Montgomery County, the continuous series of cutbacks, over and above the issues caused by the blizzard, had already insured that park facilities would be open fewer hours and would see a reduced level of maintenance, Dise says. “There will definitely be an effect on how the facility looks,” he says. “Where people are used to seeing the grass in front of a facility cut every three or four days, it may be once every other week.”

He says he already hears some comments from the public that, for example, windows are dirty, and he expects to hear many more complaints. “People will ask why the carpet in the library hasn’t been cleaned,” he says. “Or why isn’t the recreation center sparkling? It really comes down to not doing the things that we like to do, but what we absolutely must do.”

As a result of the years of cuts, the department has had to “triage needs,” or, in other words, define what is critical and leave the less pressing issues for when there is available staff. “Health and safety are always given priority,” he says.

One of the indirect results of the economic straits is that the public works managers have learned to squeeze out more productivity from fewer resources, Dise says. “We’ve economized,” he says. “We’ve worked on our organizational structure and strategy. It’s been the silver lining under the dark cloud.”

As an example, he cites the dramatic drop in the number of custodians who work in the county’s buildings. “Employees are now emptying their own trash,” he says. “There’s definitely service cuts in facilities.”

In Red Wing, Minn., the continuing erosion of funding for public works has meant that the general condition of the infrastructure is deteriorating, says Jay McCleary, the city’s deputy director of public works. “It seems we’re constantly looking at larger cuts,” he says. “We haven’t gotten full funding since 2008. It means that we continue to fall further and further behind.”

Red Wing officials try to be creative in finding opportunities to stretch dollars, but that does not always meet the need, McCleary says. “Life is very difficult. If we can’t find ways to do a project, it means we can’t do it,” he says. “We know it needs to get done, but have to put it off. It’s a tough thing to do.”

McCleary says the city is substantially behind in its five-year plan, which involves maintaining and improving the city’s infrastructure. “We’re concerned,” he says. “There’s no way to get caught up. The schedule is off track by 36 months, and we can’t get back up.”

In the past, the department heads would make a list of 40 projects for the week and decide on staffing to ensure that the work was done. “Now we say, ‘Pick two,'” he says. “That’s all the manpower can do.”

As time has passed, the items on the deferred list have moved beyond just quality of life projects into essential services, he says. “There are items we absolutely have to do to protect public safety,” he says. “Snow plows have to open a road so that police and fire and ambulances can get in. But we don’t have the people to fill every seat to get the other work done.”

Part of the response to the paucity of resources is reliance on volunteers to perform tasks that were previously performed by paid staff, McCleary says. “They take over the planting of flowers, maintenance of the shrubs and bushes. But as for a long-term plan, how long will volunteers continue to do this work? Will volunteers always be there?”

In addition, Red Wing has been trying to mine efficiencies through changes in technology, he says. But, once those changes are made, it becomes ever more difficult to wring out further savings. “It gets much harder to identify improvements and efficiencies,” McCleary says. “They are already in place. Once you convert a vehicle from gas to diesel, that’s all of the savings you can get. We don’t have any more vehicles to convert.”

Still, the requests for more cuts keep coming, year after year, McCleary says. “We’re asked to do it again, but there’s not anything left. Now we’re cutting services to the public.”

The manpower shortage has forced Red Wing to close neighborhood parks and leave untrimmed the big trees on the main boulevard. The city may limit the hours of facilities that the public enjoys, such as the municipal pool and parks, to save money.

The city also has worked with neighboring Goodhue County and the Red Wing Public Schools to engage in cooperative purchasing and to share equipment when possible. McCleary cited the example of a five-year-old squad car that was no longer capable of meeting performance standards for the police department. The vehicle was given to the county, which has converted it into an airport courtesy vehicle. “We’re down to the bottom line,” he says. “We cannot spend as much on equipment.”

The Work Must Go On

At the Metropolitan Water District of Southern California in the Los Angeles area, the tight budget restrictions are not directly rooted in the financial system collapse but rather factors that are more closely tied to the local situation. Revenue has been lost because of several years of drought that have forced the district to reduce the amount of water it pumps, and a large drop in residential usage in areas where homes are now unoccupied has reduced demand. At the same time, rising electricity charges and ongoing debt service are substantial ongoing expenses, according to Brian Thomas, the district’s chief finance officer.

“We’re an enterprise function,” Thomas says. “About 90 percent of our revenue comes from the sale of water. We’ve raised rates significantly, almost 40 percent in the past three years. It’s had an effect on our retail customers, and we’ve taken a lot of practical steps to reduce costs.”

The water district has reduced its workforce through attrition from 2,500 employees to 1,900 and deferred the purchase of operating equipment and investments in capital expenditures, Thomas says. “We’re doing more work with fewer people,” he says, noting, for example, that automated meter reading has eliminated the need for house-to-house inspections. “We continue to get better, but it gets harder and harder.”

One benefit that Thomas and other public works officials cite from the constrained economic environment has been that contractors are being very aggressive in their bids for projects that are already in progress or are authorized. With so little work available in other types of construction, public projects are very attractive.

One project Thomas estimated would cost $400 million was recently bid out at $325 million. “We have a lot of choice,” he says. “Very favorable bids have saved a substantial amount of money.”

Dise also has seen significant savings in the projects that the county is able to put out to bid, with road costs 30 percent cheaper and construction about 20 percent less expensive. Companies that normally would not be interested in public works projects are eager to do business with local government now, he says.