By a vote of 96-0, the Senate has confirmed Martha Johnson as the head of the General Services Administration. It has been nearly two years since GSA had a permanent administrator.

By a vote of 96-0, the Senate has confirmed Martha Johnson as the head of the General Services Administration (GSA). It has been nearly two years since GSA had a permanent administrator. 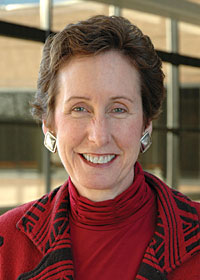 Johnson was nominated nearly 10 months ago. The nomination had been put on hold by Sen. Kit Bond, R-Mo., in a dispute with GSA’s Public Buildings Service over funding for federal offices in downtown Kansas City.

In remarks on the Senate floor before the nomination was approved, Homeland Security and Governmental Affairs Committee Chairman Joe Lieberman, ID-Conn., said, “As a former chief of staff for GSA, Ms. Johnson has the background to hit the ground running.”

Lieberman added that Johnson’s varied experiences in business, government and for a non-profit organization “make her a perfect fit for the many responsibilities and challenges she will face as GSA Administrator. The hold in this nomination has been completely unrelated to Ms. Johnson herself, and her appointment has broad bi-partisan support.”

In a statement following the Senate’s confirmation, Johnson said: “My priority as administrator will be to put GSA’s expertise to work developing and executing policies and products that will create a greener, more efficient, more cost-effective, more open, and more responsible government.”

Johnson added: “By building on GSA’s success thus far, we will provide a streamlined platform for our customer agencies to implement innovative technologies and solutions to decrease government operating costs and increase efficiencies in government service delivery.”

Johnson served as co-lead for the Obama Presidential Transition Agency Review Team for GSA and is currently the vice president of culture at Falls Church, Va.-based Computer Sciences Corporation (CSC); she has held that position since 2007. As vice president, Johnson is helping direct a change in culture within the 90,000-person corporation.

From 2002 to 2007, Johnson was a vice president at SRA International, where she managed a strategic consulting group that served federal clients, including the Department of Homeland Security and the Department of Labor.

Johnson served as GSA chief of staff from 1996 to 2001, under then-administrator David Barram. Before that, she served as assistant deputy secretary of the Commerce Department from 1993 to 1996. In the first months of the Clinton White House, Johnson served in the Office of Presidential Personnel.

Before joining the Clinton administration, Johnson’s career spanned a series of jobs in finance, marketing and diversity consulting in human relations management. She received her B.A. from Oberlin College in 1974 and her M.B.A. from Yale University in 1979.

During the Obama administration, GSA has been led by two acting administrators: Paul Prouty, Rocky Mountain Regional Commissioner of Public Buildings; and Stephen Leeds, Senior Counselor to the Administrator.