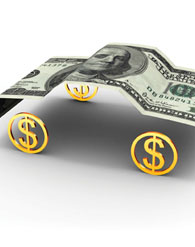 To say the last few years have been difficult for city and county governments across the U.S. is like saying Hurricane Katrina caused a little flooding along the Gulf Coast. However, fiscal problems are not new to city and county fleet managers, most of whom now find themselves entering a third budgetary cycle brightly highlighted with cuts to capital funds for vehicle replacement, as well as slashed operating expenses.

The secret to maintaining service levels without going over budget is a combination of thoroughly analyzing the size and capabilities of the fleet versus the demands of the various departments, buying quality merchandise and performing proper maintenance. “We’re doing a number of things to control costs across the board,” says Douglas Weichman, director of the Palm Beach County, Fla., fleet management division. “We’re cutting our capital outlays for new equipment, stretching equipment replacement cycles, reducing the size of our fleet based on utilization rates, reducing fuel consumption, extending maintenance intervals — the works,” he says. “We’ve even had to lay some people off, though all of the other cost control measures are helping us avoid doing more of that.”

To cut capital outlays for new equipment, Weichman’s department analyzed the entire fleet last year to determine which vehicles needed replacing and which ones could go another year or two. The end result: an $8 million reduction in the normal $20 million annual capital budget for new equipment.“We also went through the fleet and gauged utilization rates, as the economic downturn is resulting in reduced services in many departments,” Weichman says. For example, Palm Beach County’s Parks and Recreation Department reduced mowing operations from four times a month to two. Across the county, such operational shrinkage allowed Weichman to trim 300 pieces of equipment from the county’s 4,500-unit fleet.

As a result, money earmarked for vehicle purchases was returned to the departments. “Each department within the county got back millions that originally would’ve paid for new trucks and equipment,” Weichman says. “It helps them in the short term, but we can’t keep doing that. At some point, the age of the fleet catches up to you, and you start spending more money on fuel and maintenance as a result.”

Weichman has built a “cushion” into Palm Beach County’s fleet through vehicle specification tactics — paying a little more on the front end for more robust equipment, so the county can push a vehicle past nominal replacement cycles if needed.

It is a tactic being deployed in many government fleets, says Darry Stuart, president of Wrentham, Mass.-based DWS Fleet Management Services, a firm specializing in fleet maintenance issues. “You should spec a truck to last 10 years at least,” he says. “You may think you’re going to keep it for only eight years, but if you reach year eight and you’re in an economy like we’re in now, you’ll want to be able to run it another year or two. That’s the flexibility a properly thought-out spec’ing strategy gives you.”

In addition, proper maintenance can help vehicles last longer. Using the highest synthetic hydraulic or transmission fluid not only creates longer service intervals — thus lowering maintenance costs — but also provides longer warranty coverage from the manufacturer. “There’s a direct correlation between the specs you choose to keep that truck on the street. You can’t skimp on your specs if you expect to see a return on your investment, and that return is uptime,” Stuart says.

Palm Beach County has been following those guidelines for years. “Our goal is to buy as high quality a product as we can,” Weichman says. “We look at beefier components to give the truck more strength. So, when we reach a time like this, we can push our replacement cycle out beyond our nominal five to seven years — maybe out to eight or nine years.”

Even tire choice can significantly affect a fleet’s operating budget, says Steven Hunter, a waste transfer station manager for Buncombe County, N.C. For example, the county previously transported 200 tons of trash a day from its transfer station to the county landfill, using seven tractor-trailers. Now, they can move 300 tons per day with the same equipment largely by buying self-sealing tires that reduce vehicle downtime.

The county’s tractor-trailers were getting flat tires when driving over the refuse in the landfill, resulting in one to two hours of vehicle downtime if they had to call for service, which would add another $300 to $400. “On rainy days, it was common for nails, screws and other debris to cause three to four flats per day as tires would spin and pick up punctures,” Hunter says. By switching to self-sealing tires, flats were reduced by 75 percent, which meant more vehicle uptime and trash-hauling capacity.

Rex Victory, heavy equipment supervisor of Sedgwick County, Kan., stresses the importance of choosing the right vehicle for the application — one that is neither too light, resulting in more breakdowns under the stress of the work, or too heavy, when the extra cost is not necessary. “We’ve spec’d Class 7 trucks in the past for snowplow applications, and they’ve proved to be too light for our needs,” he says. “But full-size Class 8s offer more than we need and at a higher price tag.”

Sedgwick County maintains 680 miles of road surrounding Wichita and outlying areas — about 1,000 square miles. The county’s 23 Class 7 and 8 trucks are equipped with snowplows for snow season, which lasts from November through March. The trucks are equipped with 13-yard dump bodies and 12-yard sand spreaders with power take offs to operate the snowplows. After snow season, Victory says the blades come off and life as a dump truck begins — hauling asphalt for road repairs and rocks for shoulder repairs.

When it comes to maintenance, the focus for the city and county fleet managers is where to spend budget dollars over the life of the vehicle to reach that 10- or 12-year mark, Stuart says. “If you do proper, consistent maintenance on such items as brakes, tires, the engine and the hydraulic systems on the body, a 10-year life is easy to obtain, though there may be some metal fatigue on the chassis frame, depending on how hard the vehicle is used,” he says.

“Focusing on the basics consistently will save you money over the life cycle of the vehicles,” Stuart says. “I’m working with one fleet that reduced tire costs by 25 percent in one year simply by focusing on good maintenance practices — maintaining proper tire pressure, inspecting for damage, proper rotation, balance and alignment. Brake costs for them are also way down because we upgraded the type of brake shoe they used [to] a shoe that is stronger, lasts longer, thus resulting in less maintenance and fewer breakdowns.”

Stocking up on parts and other components ahead of price increases is another way to save money, Weichman says. “For example, we were told tire prices were going up 5 percent this year. So, last year we went and bought a year’s supply of tires to avoid that price increase,” he says. “We did the same thing for our vehicles. The few replacement trucks we were going to buy in the 2011 model year [which begins Feb. 2010] we bought early to lock in 2010 model pricing.”

Weichman also says that extending preventive maintenance (PM) intervals is a tactic worth considering. “We’ve always had a very aggressive PM strategy here — going above the [manufacturer’s] recommendations in some cases — with 45- to 80-point inspections every 5,000 to 7,000 miles. In the past, where we would jump on tire or brake pad replacement, we may wait one more PM cycle if it can last that long and not compromise vehicle safety,” he says. “We’re backing off a little, but we’re relying on our upfront spec’ing to carry us over that longer interval, as well.”