The federal government is striving to provide opportunities to veteran-owned businesses. State and local governments should also strive to support those companies through purchases and other means, said Rocky Bleier, a spokesman for the National Veteran-Owned Business Association. 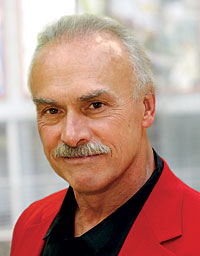 State and local governments should also strive to support veteran-owned businesses (VOB) through purchases from those companies and other means, said Rocky Bleier, a spokesman for the National Veteran-Owned Business Association (NaVOBA). “State and local governments benefit greatly from using veteran-owned businesses because VOBs understand their needs and provide the highest level of quality products and services,” Bleier told GovPro.com. “The country needs as many productive small businesses as possible, and VOBs are an integral facet of small-business job creation.”

Bleier, who played halfback at Notre Dame from 1965 to 1967, was drafted in the 16th round by the Pittsburgh Steelers in the 1968 NFL draft. He had played 10 games when the U.S. Army drafted him. In August 1969, Bleier was seriously wounded in Vietnam when his platoon ran into an ambush, receiving wounds from rifle fire and grenade fragments in his legs. He received the Purple Heart and the Bronze Star. He returned to the Steelers in 1971. Bleier was one of the few active NFL players who saw action in Vietnam.

“Veterans are proven leaders and problem solvers,” Bleier says. “The same attributes that make these people so vital to defending our freedom are the same hard-earned intangibles that make them exceptional at running their businesses.”

VOBs are a significant part of U.S. commerce. There are more than 3 million VOBs in the U.S., and one in seven small-business owners are veterans, according to NaVOBA estimates.