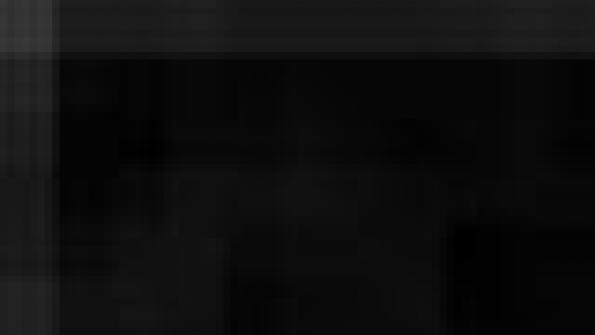 Viewpoint: Five innovations that will change cities in the next five years

This year's version of IBM's annual "Next 5 in 5" — a list of five innovations that will change cities over the next five years — could significantly improve the fate of cities facing massive urbanization and stressed infrastructure.

Buildings that know when they need to be fixed before something breaks; sensors that tell the fire department details of a fire before they receive the emergency phone call; smart water and sewage systems that filter and recycle water.

Importantly, the list is intended to serve as a discussion point to discuss — and debate — the prospects for our cities and how progress can be made.

If there’s one common thread in all of the advances we see in the coming years, it’s the ability to monitor our environment with sensors and the application of analytics — complex algorithms baked into software — to make decisions based on all of that data. In reality, it’s what we’ve been talking about for the past year here on this blog, but we are just now beginning to see these efforts implemented at the city level to really change how cities work.

Analytics will predict the patterns of how diseases will spread, will enable buildings to evaluate the relationships between their systems and provide real-time information to management, will enable city smart grids to draw on clean energy during peak and off peak hours, find water leaks and more efficient ways to move water, and predict emergencies before they happen to limit their impact.

While these are predictions for the future, in each case the innovation is rooted in work we are just beginning to see pop up with some of our city clients or in our labs today. We’ll spend some time over the next few weeks to go deeper into each one of these topics, sharing what’s happening now and exploring opportunities for the future.

But in the meantime, and without further ado, below is this year’s “Next 5 in 5”:

1. Cities will have healthier immune systems.

Given their population density, cities will remain hotbeds of communicable diseases. But in the future, public health officials will know precisely when, where and how diseases are spreading — even which neighborhoods will be affected next.

Scientists will give city officials, hospitals, schools and workplaces the tools to better detect, track, prepare for and prevent infections, such as the H1N1 virus or seasonal influenza. We will see a “health Internet” emerge, where anonymous medical information, contained in electronic health records, will be securely shared to curtail the spread of disease and keep people healthier.

2. City buildings will sense and respond like living organisms.

As people move into city buildings at record rates, buildings will be built smartly. Today, many of the systems that constitute a building — heat, water, sewage, electricity, etc. — are managed independently. In the future, the technology that manages facilities will operate like a living organism that can sense and respond quickly, in order to protect citizens, save resources and reduce carbon emissions. Thousands of sensors inside buildings will monitor everything from motion and temperature to humidity, occupancy and light.

The building won’t just coexist with nature — it will harness it. This system will enable repairs before something breaks, emergency units to respond quickly with the necessary resources, and consumers and business owners to monitor their energy consumption and carbon emission in real-time and take action to reduce them. Some buildings are already showing signs of intelligence by reducing energy use, improving operational efficiency, and improving comfort and safety for occupants.

3. Cars and city buses will run on empty.

For the first time, the “E” on gas gauges will mean “enough.” Increasingly, cars and city buses no longer will rely on fossil fuels. Vehicles will begin to run on new battery technology that won’t need to be recharged for days or months at a time, depending on how often you drive.

IBM scientists and partners are working to design new batteries that will make it possible for electric vehicles to travel 300 to 500 miles on a single charge, up from 50 to 100 miles currently. Also, smart grids in cities could enable cars to be charged in public places and use renewable energy, such as wind power, for charging so they no longer rely on coal-powered plants. This will lower emissions as well as minimize noise pollution.

4. Smarter systems will quench cities’ thirst for water and save energy.

Today, one in five people lack access to safe drinking water, and municipalities lose an alarming amount of precious water — up to 50 percent through leaky infrastructure. On top of that, human demand for water is expected to increase sixfold in the next 50 years. To deal with this challenge, cities will install smarter water systems to reduce water waste by up to 50 percent. Cities also will install smart sewer systems that not only prevent run-off pollution in rivers and lakes, but purify water to make it drinkable.

Advanced water purification technologies will help cities recycle and reuse water locally, reducing energy used to transport water by up to 20 percent. Interactive meters and sensors will be integrated into water and energy systems, providing you with real time, accurate information about your water consumption so you will be able to make better decisions about how and when you use this valuable resource.

5. Cities will respond to a crisis — even before receiving an emergency phone call.

Cities will be able to reduce and even prevent emergencies, such as crime and disasters. Law enforcement agencies will turn to mathematics and analytics to analyze the right information at the right time, so that public servants can take proactive measures to head off crime. Fire departments will begin using software to potentially prevent fires from happening in the first place. Even today, scientists are beginning to look at past fires, smoke patterns and climate fluctuations to developing models that predict wildfires, to prevent fires and speed public evacuations when they happen.