A job creation and historic preservation project Dubuque, Iowa, was one of 11 winners of the 2009 America's Crown Communities excellence awards. 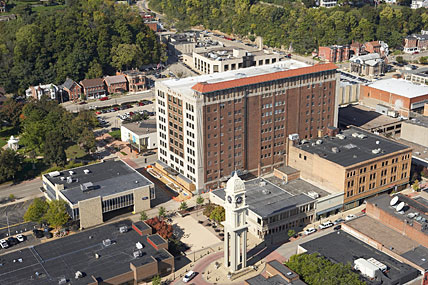 In July 2009, downtown Dubuque, Iowa, became the home of a new International Business Machines (IBM) Corp. global technology service delivery center that will employ 1,300 people earning an average wage, with benefits package, of nearly $45,000. Cooperation among the city, state and numerous local partners laid the groundwork that led to Dubuque’s selection for the center.

When the Greater Dubuque Development Corp. (GDDC) received a request for proposal from an IBM site selector that was scouting locations for a new service center in 2008, staff immediately began researching the corporate culture of IBM to develop a strong argument for why the city should be its new home. Over the next five months, GDDC and its economic development partners assembled a package that would attract IBM to Dubuque. 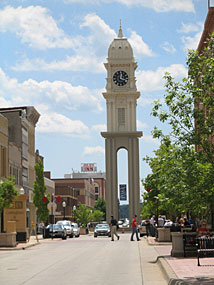 First, the group decided that the historic Roshek Building, a nine-story, 255,000-square-foot former department store in downtown Dubuque would have enough space for IBM, but it needed rehabilitation and remodeling. Dubuque Initiatives, a local non-profit group, agreed to buy the building and renovate it according to sustainable principles — at a cost of nearly $45 million — and then lease space to IBM.

Next, GDDC worked with Iowa Workforce Development to demonstrate that the Dubuque area could provide enough qualified employees to staff the new center. On IBM’s first fact-finding visit to the city in October 2008, company representatives were presented with 600 resumes.

Because Dubuque is not home to a major university, GDDC invited the presidents and chancellors from Dubuque’s three private colleges and community college, as well as regional universities, to demonstrate their commitments to the IT field. Iowa Governor Chet Culver also met with the company to offer a $14 million incentive package. Dubuque offered an additional $6 million in incentives, including a 20-year property tax rebate, free shuttle bus service to parking in the Port of Dubuque for the term of the lease, a $300,000 loan, and a dedicated GDDC staff person to support IBM employee recruitment efforts.

In January 2009, IBM announced its decision to open its new service center in Dubuque. Initially, Dubuque Initiatives will lease five of the building’s nine floors to IBM for 10 years, with optional extension years. Phased hiring is well under way and on schedule for the Dubuque center to be fully staffed with 1,300 employees by January 2010.