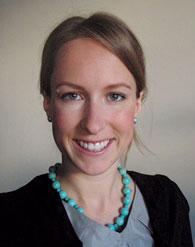 Two years ago, the U.S. Department of Energy (DOE) began its Solar America Cities (SAC) to assist the 25 member cities financially and technically in their efforts to adopt solar energy. In October, DOE released “Solar Powering Your Community: A Guide for Local Governments,” which presents best practices and lessons learned from the SAC cities and other local governments across the nation to help leaders drive economic development, grow a green-collar workforce and reduce greenhouse gas emissions. American City & County spoke with SAC Program Lead Hannah Muller about the new guide, the program’s future and how cities can promote using solar power.

Q: What is in the new guide?

A: The guide packages [the best practices and lessons learned from the SAC participants and other cities with strong solar programs], explains the benefits of these policies, provides implementation tips and has short case studies as examples, since we’ve learned that cities prefer to learn from each other and not have DOE tell them what to do. It will help [cities] build their local solar market, which, in turn, supports economic development, helps them grow a green power workforce, and of course helps reduce greenhouse gas emissions.

[The guide] sets the framework in terms of how you even think about this. Cities kind of know about solar energy. Maybe they’ve heard it’s kind of expensive, maybe they don’t know how well it works. They really don’t where to even start. So, this guide breaks it down into seven understandable sections, seven different types of things you want to work on if you really want to go big with solar in your city. There’s something in there for everybody, whatever experience level they’re at.

Q: What is the SAC Technical Outreach program, which is scheduled to begin in 2010? What form will it take?

A: It’s [purpose] is basically to get this information and the best practices out to the thousands of local governments across the U.S. that we haven’t currently been working with. We don’t know [the exact form for the program] yet. Basically, the general format will be that we will fund one or more outreach organizations to conduct this outreach to cities across the country. So, it could include things like regional conferences, conferences focused on specific topics of solar energy, it could include even in-person presentations to various cities. It almost definitely will include [methods] to incorporate information on solar [power] into communication tools that already exist, like newsletters and news bulletins.

A: They can streamline the permitting [for installing solar systems and] train their code officials [to] make sure these systems are installed well. Local governments also have a role to play in terms of solar access. To take advantage of solar energy you have to have some property that receives sunlight, of course. So, as an example, if you were to put a solar system on your roof, and then in a year your neighbor decides to build a second story edition that now shades your roof, well, now you’re kind of out of luck. So, local governments, through zoning codes and permitting guidelines, can strengthen solar access to help protect the sunlight that’s hitting people’s properties. Also, [cities] can do things like to make sure that a homeowner’s association wouldn’t say ‘You know what? Solar is ugly, so we can’t install solar here.’ That’s not entirely reasonable. [If that happens] there are things you can do, like say ‘Well, you can install it on certain sides of the roof,’ and things like that. There are compromises that can and should be made.

Also, [cities can promote and regulate] interconnection and net metering. Interconnection just means connecting to the [larger power] grid. [If a resident wants to install a solar system on their house], how are [they] going to connect to the electric grid so that, at night when the sun is not shining, [they are] still getting power into their house. In some places, the rules for doing that are really complicated. Utilities charge a lot of money, they require all these studies, and it’s just so complicated that people can give up. So, local governments can work with [local] utilities to make them more reasonable.

And, then, net metering is basically a billing mechanism [in which] if you are creating more electricity than you are using with your solar system, then you can sell the extra [power] back to the grid. [Cities] want to make sure that utilities have reasonable rules for doing that. Most [utilities] do [have reasonable rules] these days, but, in some cases, the money they are going to give back for the power is not really as much as it should be. It should be whatever the value of that electricity is worth at the time, but sometimes they’ll kind of undercut it, so we’re trying to prevent that.

Q: What are the SAC special projects in 16 of the participating cities?

A: The special projects are designed to help the cities take their best ideas and their best pilot programs up to scale and really try them out across their community. Then, those that become very successful we can package as best practices and send out to other cities across the country. [There will be] $10 million of Recovery act funding [available through] through those special projects.