Cities experiment with road surfaces and set out methods for funding road construction and maintenance. 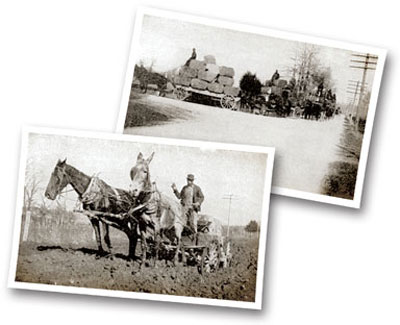 As cities were developing 100 years ago, road construction and maintenance were among the chief concerns of city planners and elected officials. With the expansion of automobile use, smooth, dustless road surfaces became more important to residents, forcing local officials to determine how to pave, repair and pay for streets. An article on “The Economics of Highway Construction” in the January 1913 American City by Consulting Engineer Clifford Richardson supported the idea that road users pay for construction and maintenance through vehicle and gasoline taxes. Because most road use was for pleasure, according to Richardson, he disagreed with the practice of issuing bonds to pay for road surfaces and their maintenance. “Both the cars and the roads are luxuries, having short lives, and their cost should be provided for during this period and not postponed to some indefinite date,” he wrote.

A short article in the June 1913 issue of The American City elevated the need for smooth roads beyond pleasure cruises, stating that they improved commerce and contributed to stronger communities because residents could move around more freely. Two photos (above) illustrated the article, showing the difference a smooth road surface made in transporting farm goods to market.

As cities experimented with a variety of materials for road surfaces — including macadam, asphalt, concrete and brick — the magazine published regular articles about their experiences. In the pages of the November 1911 issue, an article described some of the lessons learned during the 1910 paving of the Indianapolis Motor Speedway, known as “The Brickyard.”