Limits on outdoor advertising are set through cities’ hard-fought battles over billboard sizes, messages and locations. 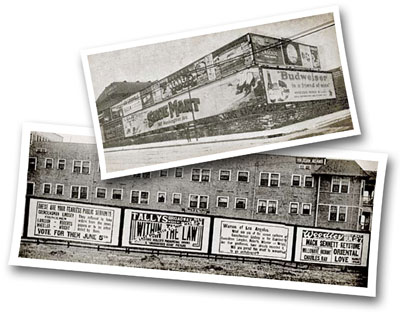 Billboards have been a contentious issue for cities for much longer than 100 years, and The American City has covered the debates and industry developments since its first issue in September 1909. At that time, many of the magazine’s readers opposed the presence of billboards as blights on the landscape. A short news item in the magazine’s first issue described a minister in Blandford, Mass., who regularly tore down or painted over any advertising in his and any other town in strict accordance with a state law that defined any roadside advertising as “a public nuisance.”

The magazine’s November 1909 edition includes an account of Massachusetts Congressman Frederick Gillett, who was so offended by the numerous advertisements he saw on his train ride home from Washington that he wrote a letter to the Springfield Republican, vowing not to purchase any products from companies that advertised on billboards and suggesting that others should follow suit to convince the companies to stop the practice. In an editorial comment, The American City stated, “The billboard is not a satisfactory manifestation of American life.”

In November 1917, an article described Los Angeles’ recently passed billboard ordinance that was the first large-city law on the matter following a February 1917 U.S. Supreme Court ruling that upheld Chicago’s billboard limitations. “The fight preceding the final vote was one of the bitterest in the political history of the city,” wrote Seward C. Simons, secretary for the Municipal League of Los Angeles. The ordinance established business and semi-business districts, in which billboards were permitted, and residential districts, in which all billboards were prohibited.