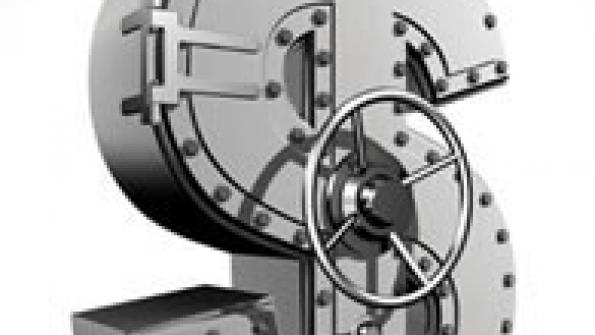 A lack of bond insurance is stalling government projects. 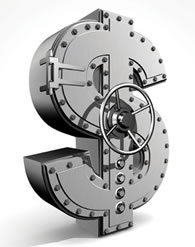 For a decade, the Florida League of Cities (FLC) has been helping the state’s small-government borrowers by consolidating their projects, finding an insurer that specializes in tax-exempt municipal bonds to guarantee the debt and taking the package out to the market, saving municipal governments time and money. Right now, it has about 10 projects with as much as $130 million in value ready to go to market, joining the already $700 million in bonds that the league has issued since 1999, says FLC Director Jeannie Garner. But the Florida Municipal Loan Program is “sitting and waiting” because none of the so-called monoline insurers, which specialize in backing municipals, will back the bonds against default and make them more attractive to buyers in the market.

The Florida program is typical of state and local governments across the nation, as the collapse of the bond insurance market has blocked all but the highest-rated governments from issuing bonds to finance their general obligation and other essential projects, like water and sewer improvements. Large projects and small in big cities and rural towns are on hold because of the lockdown in the market from lack of insurance.

After making disastrous bets on risky housing bonds, all but one of the major monoline insurers have basically withdrawn from writing new insurance, leaving municipal governments that have lower-than-stellar ratings or are infrequent borrowers essentially fenced out from the market. And there is little hope that the insurers will be back in the market any time soon. Even the entrance of Warren Buffet’s Berkshire Hathaway insurance company into the marketplace failed to stabilize the situation.

“The monoline insurance industry is dead,” says Michael Pietronico, CEO of Miller Tabak Asset Management, which trades in municipal bonds for its clients. “When Berkshire Hathaway was downgraded, it was the final nail in the coffin.”

The real irony is that the collapse in the municipal bond markets was not because of rising defaults by governments. The freeze in the $2.6 trillion market for state and local government bonds is tied directly to the poor judgment by most insurers that sought to improve profits by backing what they thought were safe residential mortgages. When housing prices plummeted, the monoline industry became, in the words of Warren Buffett, “a basket case.”

When it was operating effectively, bond insurance helped governments reduce their borrowing costs. Independent rating agencies, like Moody’s Investment Service and Fitch, determine the credit quality of a government’s bonds, based on the likelihood of its repayment, with Triple-A being the highest grade and carrying the lowest rate of interest. With 50,000 government issuers (as opposed to 1,000 in the corporate bond market), the market relies heavily on the evaluations of the raters and insurers.

For governments with lower ratings, or small communities that go to the market infrequently with smaller issues, the guarantee of a AAA insurer raised the bond’s pricing in the market to roughly the equivalent of bonds issues by AAA governments. Assuming the government saved more through a lower interest rate than it paid for the cost of the insurance, everyone was a winner.

Triple-A municipal bond insurance began in 1971 and covered about 3 percent of the market by 1980. By 2007, when the industry collapsed, about 50 percent of new bonds were insured, with insured bonds composing about one-third of all bonds outstanding in the secondary market. But the insurance was only as valuable as the quality of the company providing it — in other words, as long as the insurers were Triple-A, investors had confidence in the bonds.

Today, none of the insurers has a pure Triple-A rating itself, though Assured Guaranty, the only company still issuing insurance on new bonds (and which guarantees about 10 percent of new issues), still has AAA and AA ratings. Some of the other insurers in the market do not even have investment-grade (BBB) ratings themselves, so they have effectively left the market other than to wind down the bonds they have already insured. Some investors were so worried about the ratings that they paid Berkshire Hathaway to insure the insurance on the bonds already on the market.

In its heyday, bond insurance was a good business because of the nature of the municipal bond market. Unlike the corporate market, a great many of the buyers of the bonds are mom-and-pop retail investors who are more likely to buy municipals from small communities and put them in their safety-deposit box. Institutional buyers that actively trade the largest issues, like those from California and New York City, and perform their own due diligence were less likely to appreciate the value of the insurance.

The insurers could make money, because the rate of default among state and local governments is remarkably low. After all, a company can go out of business; a city can’t just disappear. According to Moody’s, one of the bond rating agencies, the 10-year default rate for all investment-grade municipals is 0.1 percent as opposed to all investment-grade corporate bonds at 2.1 percent and 0.5 percent for the highest rated AAA corporates. Including the non-investment-grade corporates raises the default rate to more than 9 percent.

Even during the Great Depression from 1929 to 1937, the ultimate loss of principal and interest as a percentage of the total debt outstanding was only 0.5 percent. And in the worst year for defaults in that period — 1935 — only 1.8 percent of municipals were in default, according to a collection of studies. Clearly, cities and states ultimately pay their bills. Yet, the market has been so shaken by the recent events that it has shrugged off the reliability of cities and states, discounted the value of insurance and is demanding skyrocketing premiums, except for the highest-quality issuers.

PAY UNTIL IT HURTS

The effect on local and state governments has been dramatic, forcing borrowers to either pay exorbitant interest rates or withdraw their projects from the market. At a time when the Obama Administration is working feverishly with stimulus money to expand government projects, the bond market stall is having the opposite effect.

In Dallas, for example, the city’s $700 million hotel project is “shovel-ready,” with all its plans approved. Yet, the city has the project on hold because the only rates available make the project unfeasible, says Steven Salazar, a Dallas city councilman. “We can’t find a lender who would lend to us at a reasonable rate,” he says. “Dallas has had to postpone the sale of its bonds.”

In the past, Dallas could pay about 4 percent for its tax-exempt bonds, after they were insured to carry a AAA rating. But he says the city cannot find an insurer, and the current rates being offered for its good-, but not excellent-, quality bonds “are not even close.” The best rates the city can find are 6.5 percent, while it figures the project is viable at a maximum of 5.5 percent.

“This is a project that could revitalize Dallas and northern Texas,” Salazar says. “It would create 100 jobs in the hotel industry. We could be hiring construction workers, architects and planners. The city is sitting on an opportunity, but we’re being constrained.”

The Sunshine State Governmental Financing Commission has been operating its pool program for Florida cities for 25 years, but now finds the market “basically shut down,” says Bob Inzer, the clerk of the court for Leon County, Fla., and the executive director of the fund. “What we are really talking about is the taxpayer,” he says. “We are trying to save the taxpayer money. The savings go right back to the taxpayer.”

The commission provides funding by using the insured bonds of its participating cities to obtain letters of credit from banks. Many of its communities are smaller towns and cities that would have difficulty marketing their bonds independently. By working through the commission, they pay for the insurance and get easy access to the money. In normal times, the commission uses the insured local bonds as collateral to sell a bigger AAA bond offering or obtain financing from a bank. It funds the projects and then is repaid by the governments.

“Quincy, a town of 20,000 people, needs to expand its water system,” Inzer says. “A $10 million or $15 million bond is important to the community, but they don’t have access to the market. They can get the funds they need through the commission.”

Right now, even communities as large as Orlando and Miami-Dade County cannot find insurance for projects, much less smaller cities like Quincy, he says. “Bonds with a rating of A or below are seeing an adverse impact,” he says. “They’re paying a huge interest rate penalty or being denied access to the market.”

Aware of the virtual freeze in the municipal market place for any but the highest-rated bonds, Rep. Barney Frank, D-Mass., chairman of the House Financial Services Committee, has introduced four bills to address various aspects of the situation. The primary concept behind the House bills would be to use the U.S. Treasury to insure the bonds of the insurers, in effect putting the security of the federal government behind the bonds, which automatically would raise their rating to the highest-quality AAA. Other provisions of the bills would limit the program to five years and $50 billion. “This is a priority of the chairman,” said a spokesman for the House committee. “We plan to pick up the issue in the fall.”

In addition, the National League of Cities has developed its own proposal for a mutual insurance company, Issuers Mutual Bond Assurance Company, which would be owned and governed by the state and local governments seeking the insurance. The plan seeks $5 billion in capital from the U.S. Treasury to kick-start its operation, which it plans to repay from the profits of the venture. Its business plan calls for insuring 5 percent of the market in the first year and up to 25 percent of the market in five years.

Don Borut, NLC executive director, says the mutual insurance idea is already being used by local governments to insure worker’s compensation, liability and property insurance. The concept of insuring municipal bonds is an extension of that 25-year-old arrangement. “The key thing is that everything that will be done will be totally transparent — transparent and accountable. Everything will be seen under a microscope.”

Not everyone, though, is enamored with the idea of a government solution to the problem. Some industry observers believe conflicts would be inevitable and would reduce the reliability of the insurance, and its value to the marketplace. Rather than seeking a government-based solution, which will bring inevitable conflicts of interest, they say the government should allow more time for new competitors to be drawn to attractive profits in the marketplace. “The citizens of the United States have to think very hard and clear about the increasing government involvement in business,” Pietronico says. “It could have severe repercussions down the road.”