APWA Executive Director Peter King spoke with American City & County about what public works departments' role will entail and what ARRA will mean for the economy. 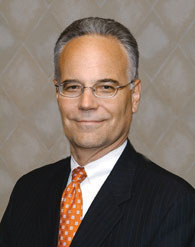 As ARRA funds for infrastructure refurbishment and construction projects begin to travel from the federal coffers into the hands of state and local officials, local public works departments will play a large role in implementing the work. The Washington-based American Public Works Association (APWA) Executive Director Peter King spoke with American City & County about what that role will entail and what ARRA will mean for the economy.

Q: How far will the ARRA funding go in repairing the nation’s infrastructure?

A: There’s going to be significant investment that still needs to come down the road for all of our infrastructure, whether we’re talking about roads or bridges or water/wastewater systems. [ARRA] certainly is a good shot in the arm in terms of getting some of the more immediate projects moving.

A: When people talk about shovel ready, it’s really the public works departments at the local level that are actually implementing all of these projects, and they are the ones that are putting people to work. So, we understand why the allocation process goes through the states because of time constraints — all of the traditional avenues for distributing the funds were used. But, at the end of the day, it’s the local agencies that are actually negotiating the contracts and really putting those projects in the ground. We’re the ones that are really doing the project management, issuing the proposals, monitoring the contractors, hiring the contractors, making sure the projects get done on time and on budget.

Q: Will the new jobs produced by ARRA projects be primarily in the public or private sector?

A: Many of the projects that have been brought to our attention would be things like construction [or] street and road repair. Most of those tend to be contracted out to the private sector. [There also will be] pipe replacement projects, sidewalk replacement projects, things that can be done quickly. Those are the kind of things that would typically be contracted out, so private sector construction-related [jobs] would be, I would say, the majority of what we are talking about.

Q: What sort of lasting effects will ARRA work have on economic recovery?

A: I think the point is to try to jump-start the economy. And, to the extent that this assists in economic recovery and credit markets being open and people being able to stay in their homes, it’s part of the solution, generally. So, can we say that there will be long-lasting effects? I don’t think anyone can answer that question at this point, but it’s a step as part of the solution to the challenges that we face.

Q: How do you think states need to prioritize the use of ARRA funds?

A: There are certain priority lists that have been developed over time, and to the extent that those can be followed, they certainly should be. Some of the funds are reserved for metropolitan areas; Some of the funds go to non-metropolitan areas. It’s not correct to say that all of those funds should be spent in metropolitan areas, because the allocation formula allows for the state [departments of transportation] to allocate them beyond that. In a metropolitan planning organization, they would have had priority lists already in place, so it’s logical that those [projects] that had been previously determined to be the highest priority be funded if they fall within the parameters of the stimulus money.

Q: How has the process of distributing the money been going since ARRA’s passage? Do public works officials understand how to get what they need from the act?

A: I think it’s a work in progress. I think as soon as the federal bill was signed, the focus sort of shifted toward the states. I think some states are a little bit further ahead than others, but right now it’s just a matter of people participating in their metropolitan planning organization or their agency that distributes the transportation funds and the transit funds or whatever the funds are in making sure that the process is working at the state level. In some states, the state legislature has been involved in setting the parameters on how the state funds will be allocated.

Q: Is transportation where the funds are most needed, or is that where they are most beneficial?

A: I think that, clearly, the need is in the transportation system. The feeling is that transportation has had a high profile … that’s certainly a need that’s been articulated on a regular basis in Congress. [Transportation] is more than dealing with congestion in urban areas, certainly. It’s moving goods and services, and that’s a direct tie back into keeping the economy strong and making sure that we’re not only generating jobs, but that economic activity stays as efficient as possible.

Q: Is APWA pleased with the legislation? Does it do enough to meet the nation’s infrastructure needs?

A: I think certainly the needs are still there. An argument can easily be made that additional funding needs to go to infrastructure. While we certainly are pleased at the level [of funding and that] the public awareness of the need for increased infrastructure funding is there, nobody’s going to say that [ARRA] solves [all] the problems of infrastructure. Would we like to have seen more going to infrastructure? Certainly. We can certainly justify the needs. But, I think we also recognize that nobody ever expected all of [ARRA’s] $787 billion all to be put into bricks and mortar infrastructure projects.