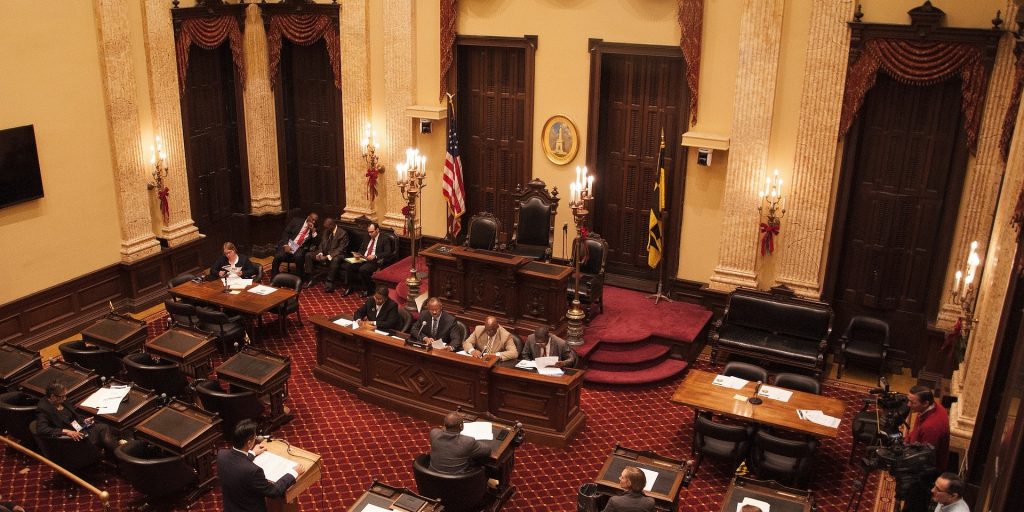 Quality of digital services is intrinsically tied to public confidence

Between rancorous national debates and the ongoing pandemic, trust in the federal government has eroded in recent years. These days, it’s hovering around an all-time low.

Locally, constituents hold higher levels of trust in their elected leaders—perhaps because they share the same community. But even so, a recent survey of more than 6,000 American adults by Deloitte, a global consulting firm, identified “a number of areas where trust appears to be lacking” in local government, as well. The research is relevant to local governments because of the implications of losing public confidence.

“I think we’re approaching a crisis of trust,” said R.J. Krawiec, a principal for Deloitte’s government and public services practice. “And if there is no trust, it can be difficult to (get people) to do what you’re asking them to do”—like paying taxes, taking children to school or wearing seatbelts.

“In general, respondents rate state and local agencies high on trust if they think that state governments’ digital services are easy to use, that governments’ web-based services help them accomplish what they need, and that the state government safeguards their data well,” according to an analysis of the survey released Wednesday.

Extrapolating from the findings, Krawiec said there seems to be a connection between how close someone feels to their government and how much they trust their leaders. Someone who has been to the town hall and interacted with a clerk, for example, might be more apt to respond to a survey than someone who doesn’t know who sits on their city council. In this, there’s an opportunity for communities of all sizes.

The data shows that those who have great experiences interacting with their governments online hold “high trust,” Krawiec said. But those who’ve had “a bad experience, that erodes trust. That’s why digital is such a great opportunity. You can be very personable, very human, at scale.”

But while curating a user’s experience in the online realm is within the direct control of local leaders, other findings documented in the survey aren’t so mailable, as they’re intrinsically tied to national or global circumstances.

From the survey, two other key themes emerged: “The more local, the more trusted” and “the mission of various government agencies can greatly influence” the perception of trust.

In this, the pandemic has greatly impacted public perception and trust in government—for both good and bad, according to a Gallup poll issued last fall following months of stay-at-home orders and a summer of protests. While confidence in sectors like healthcare, banking and education soared, “one—the police—stands alone as seeing a significant decline in the past year. Confidence in the police fell five points to 48 percent, marking the first time in the 27-year trend that this reading is below the majority level,” a statement about the poll’s findings notes.

Deloitte’s report highlighted a few reasons that have contributed to declining confidence in the other two low-ranked sectors, both related to the pandemic: unemployment rates are higher than ever, causing extensive delays in unemployment offices; likewise, state DMVs are currently straining against extensive backlogs while working with aging technology.

Also tangentially related to the pandemic and the government’s response to it, the top three trusted agencies ranked in the survey provide aid to low-income families.

Along with national or global events, trust in local government can also be skewed by perceptions of the federal government. At the national level, government confidence has been declining since the late 1950s, when Pew Research Center first began tracking the data through its National Election Study.

At the time, “about three-quarters of Americans trusted the federal government to do the right thing almost always or most of the time. Trust in government began eroding during the 1960s, amid the escalation of the Vietnam War, and the decline continued in the 1970s with the Watergate scandal and worsening economic struggles,” the latest survey notes.

As of April, an estimated 24 percent of the general public said they trusted the federal government, up from 21 percent last year.

This decline in confidence “has reached a point where it merits the attention of public leaders,” Deloitte’s survey concludes. And to that end, “the journey to restoring trust should include not only measuring it, but also enhancing services and managing trust perception in a way that ensures the areas of weakness are addressed.”

In this endeavor, the survey plots a few concrete actions that can be taken by local leaders to help identify and address public distrust in their communities.

Through surveys and polls, try to “identify where trust is lacking” and “which agencies are trusted, which are not, as well as what groups of people lack trust in public institutions and why,” the survey says, noting, “Government could benefit from greater insight into the trust perception of its people.”

And given a clear link between trust and the quality of an agency’s online services, “keeping the end-to-end user experience in mind can help agencies design services that are easy to use and deliver positive results,” the survey says. More than a means to an end, local governments “should consider enhancing the digital experience as a way to foster greater trust in government.”