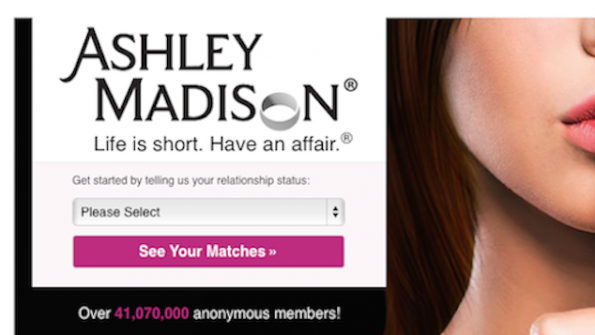 More than 15,000 .gov email addresses were leaked by hackers of the Ashley Madison website. Hundreds were the actual addresses of employees at the county, city and federal level, including several in Montgomery County, Md.

The Associated Press reported that more than 15,000 email addresses were leaked with .gov domain names, which, in some cases, were classified employees of the White House and law enforcement agencies. Some of the individuals used their office Internet connections to pay membership fees and access the website, branded as a dating site for adulterous spouses.

In Montgomery County, officials have begun an investigation into why at least 10 active county employees and four city employees were listed by their email addresses, according to The Sentinel. One county employee’s email address appeared on the list 12 times, according to the newspaper. As a result of this revelation, officials have directed IT staff to inspect “certain electronic records,” a Rockville, Md., spokesperson said.

“We are conducting a review to determine if any current city employees have violated city policy,” Barb Matthews, Rockville’s city manager, told The Sentinel last week. “Given that the findings may be handled as a personnel matter, it is inappropriate to comment on specifics of the review at this time. I expect to wrap up my review within the next week. If I am able to provide more information, I certainly will do so at that time.”

“Of course, we have no idea if these are legitimate signups, since folks can sign up with other people’s names and verifications are not sent to email addresses,” he said. “Only exceptions to blocked access are with explicit written permission for investigative purposes,” he added, that the county’s findings showed that employees did not access the site during “working hours.”

The Amarillo Globe News reported that 50 email addresses belonging to employees of public institutions were found during that same leak. Only one had an amarillo.gov domain name.

“We’ve got policies and procedures that spell out what you can and cannot do with city-issued equipment, and we also have the ability to investigate any incidents that look suspicious,” Sonja Gross, Amarillo spokesperson, told the Globe News. She did not reveal if the city planned an investigation.

Several addresses were linked to Amarillo College and West Texas A & M accounts, but technology officials at the colleges believe most of those email addresses to be of students, which is not explicitly against school policy.

The controversy surrounding the Ashley Madison leak, orchestrated by hackers that call themselves the Impact Team, has been riddled with extortion attempts and, reportedly, suicides in the aftermath. The CEO of the company behind the illicit website also resigned following the leak.

Allison Matherly, digital engagement coordinator for Texas Tech University, told the Amarillo Globe News that the revelation of government officials’ involvement with the dating site is a reminder that no activity online is confidential.

“In my mind, this is similar to deciding who you tell a secret,” Matherly told the newspaper. “Typically, you think about if someone is likely to tell your secret, and some secrets should probably never be shared.”