Experts from the Hogan Lovells law firm offer their views on the impact of sequestration on governments and contractors. 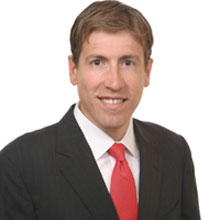 Govpro has offered opinions and views on the impact of sequestration from several officials, including AmyClaire Brusch, vice president in O’Neill and Associates’ federal relations practice, and Mattea Kramer, director of research at the National Priorities Project.

Here are the views on sequestration’s impact on government budgets from Michael McGill, a partner, and Peter Dungan, an associate, at the Washington-based Hogan Lovells law firm.

Govpro: Will state and local governments be affected by sequestration?

Michael McGill and Peter Dungan: Certainly. Unless averted again, sequestration will mean automatic, across-the-board cuts in federal civilian and military discretionary and mandatory funds starting soon after March 1. The most unique aspect of sequestration under the Budget Control Act of 2011 is not the magnitude of the spending cuts but the indiscriminate nature of them.

This so-called “meat cleaver” approach threatens funding under several major programs that benefit the states, from education and child nutrition to transportation infrastructure and public health to military readiness and law enforcement. Very few programs are exempt from the automatic cuts (Medicaid and food stamps are among them, while Medicare cuts cannot exceed 2 percent).

Govpro: Can state and local governments do anything to avoid the impact of impending federal budgets cuts?

Govpro: How is the government procurement function and/or government contractors affected by sequestration?

MM and PD: Reductions in federal spending — either through sequestration or some other means — will necessarily affect procurement at the federal, state, and local levels, and, in turn, will affect companies that contract with the government. At its core, reduced funding means that governments at all levels will have less money available to fund existing and future contracts. This will force governments to act promptly to reduce spending on contracts.

Contractors, like their counterparts in government, will face a delicate balancing act, maintaining the industrial base and continuing to support the missions of government, despite the reduced funding.

And while contractors will not be able to avoid the reality of sequestration and the reduced funding available to their customers, they also should be diligent in ensuring that they take the steps necessary to protect their contractual rights.