Sequestration will affect many (with related video)

Mattea Kramer of the National Priorities Project outlines the consequences of sequestration. 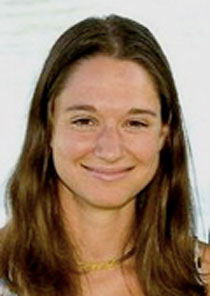 Across-the-board federal budget cuts, known as sequestration, are set to take effect this Friday, March 1, and state and local governments as well as government contractors will immediately feel the ground shift.

Federal spending reaches every community in the nation, in large part by passing through state and local government. Consider the Community Development Block Grant (CDBG) as one example. Officials in local government use CDBG funds to support needed investment and revitalization of local neighborhoods. And CDBG — which has already seen more than a third of its funding cut since 2010 — will see an additional $160 million reduction because of sequestration. Local officials, as a result, will have fewer resources available to them to undertake projects in their communities. And CDBG is just one example — nearly every federal program will see cuts beginning on March 1.

The environment for government contractors will also change. Already the uncertainty surrounding sequestration has meant that many federal contracts are conducted on a short-term basis — rather than with the predictability that would be better for vendors as well as for the federal budget. While existing contracts will be honored, contractors in all sectors will see the impact of sequestration in reduced opportunities moving forward.

Nor is this the end of the uncertainty. While hardly anyone expects a last-minute deal to avoid sequestration, lawmakers will have to strike a budget deal later this month in order to keep the federal government running. That’s because the government is currently operating on a continuing resolution — a temporary spending bill — instead of an actual budget. That continuing resolution expires on March 27, so it’s another deadline and another opportunity for lawmakers to strike a wiser budget deal than the indiscriminate cuts of sequestration.

Mattea Kramer is director of research at the Northampton, Mass.-based National Priorities Project (NPP). It is a national non-profit, non-partisan research organization dedicated to making complex federal budget information transparent and accessible so people can oversee, prioritize and influence how their tax dollars are spent.

The NPP envisions and works for an effective and accountable federal government that promotes our general welfare. It believes the U.S. federal budget will reflect the values and priorities of the majority of Americans when all people have the opportunity and ability to participate in shaping the nation’s budget.

In this video, the NPP’s Mattea Kramer explains what entitlement programs are, their impact on the federal government, and what may be in the works for entitlement reform.