Solar energy could be salvation to government budgets (with related video)

For some government budgets, solar energy could be a difference-maker, says Mike Grunow, marketing director at Trina Solar. 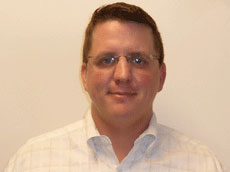 For some governments, solar energy could be a difference-maker, says
Mike Grunow, marketing director at Trina Solar. Founded in 1997, Trina Solar offers solar power solutions, including solar photovoltaics (PV) systems in both mono and multicrystalline technologies. With 12 offices worldwide, Trina Solar has partnerships with leading installers, distributors, utilities and developers. The company’s headquarters is in Changzhou, Jiangsu, China. Trina Solar (U.S.) is based in San Jose, Calif.

Govpro asked Grunow for his thoughts and expectations for government and solar budgets in the second half of 2012.

Govpro: What do you predict for the remainder of 2012?

Mike Grunow: We expect to see more businesses, homeowners and state and local governments go solar in the second half of 2012. California, one of the leading states in developing solar projects, is one of the few states that track solar installations. State data over the last few years show that government projects spike in the fourth quarter, often in December. If 2012 follows that trend, we should see more local and state governments go solar toward the end of the year.

Govpro: How can solar energy relieve fiscal stresses in governments?

MG: From our experience, we see that local and state agencies are increasingly looking to solar as a solution to address budget shortfalls. For example, Bergen County, N.J., installed a solar system on an adjacent parking lot to power the Bergen County administration building. Bergen County will now save $1,080,000 in energy costs while keeping cars cooler during the summer months.

Grunow offers some additional comments on how governments stretch budgets through solar energy projects in this recent Govpro article. Grunow shows how a variety of government entities, from the U.S. Army to the Antelope Valley Union High School District in Lancaster, Calif., rely on solar energy as a way to reduce utility costs.

Here is a time-lapse video of Pfister Energy’s construction of a 627.9 kW solar photovoltaics (PV) system on the top level of the parking garage located at One Bergen Plaza on the Bergen County Plaza Parking Deck in Hackensack, N.J. Mike Grunow discussed this solar project in N.J., above. Installation of solar panels atop the roof of the county’s garage could deliver between $250,000 to $1 million in cost savings to the county during the next 15 years, according to some estimates.