Putting a halt to improper government spending (with related video)

Andy Howard talks about ways to control and monitor government spending at GSA and other government agencies. 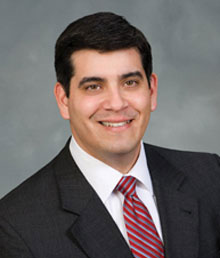 Cooking classes for GSA employees to boost team spirit? At a cost of almost $21,000? That’s what a CNN investigation uncovered. GSA staffers based in Kansas City, Mo., attended classes and prepared meals at The Culinary Center of Kansas City. A total of nine classes were offered to GSA employees beginning in June 2007, with the last class in June 2011. GSA was billed $3,350 for one of the classes.

In a statement, GSA says, “As of April 2012 all spending for events, including training conferences, leadership events, team-building exercises and award ceremonies, were suspended.”

The statement said there was “an already recognized pattern of misjudgment [at GSA] which spans several years and administrations. It must stop, and is why Acting Administrator Dan Tangherlini has instituted several stringent new policies on spending to put an end to this misuse of taxpayer dollars.” GSA says it will “continue with its rigorous top-to-bottom review of all agency operations, and further reforms are forthcoming.” In another statement, GSA announced it would temporarily suspend new hiring and cut executive bonuses while an operations review is under way.

In another installment in our series on ways to control and monitor government spending at GSA and other government agencies, we spoke with Andy Howard, a partner with the Atlanta-based Alston & Bird law firm and co-lead of the firm’s Government Contracts practice. Howard is based in his firm’s Los Angeles office.

Govpro: GSA has announced some changes, such as imposing a temporary hiring freeze and trimming senior executive performance awards this year by 85 percent. Will those steps help fix GSA’s culture that includes a history of inappropriate government spending?

Andy Howard: They certainly are appropriate responses in light of recent events, and they send another message from GSA’s acting chief that inappropriate spending of public money will no longer be ignored. But these steps, by themselves, cannot cause a sea change in a culture that failed to restrain “extravagant” or “irresponsible” spending in some instances, even though the tools to prevent it were in place.

Govpro: What other changes are needed, if any?

AH: GSA needs to renew its focus on enforcing the rules that already exist to control authorizations for expenditures. There already are rules in place — like conflicts of interest and whistleblower statutes — that seek to uncover waste and abuse in public spending and hold our public servants accountable. More broadly, there needs to be a more intense commitment to engage individuals or firms, either within government or from the private sector, that truly have the resources and expertise to assess GSA’s organizational structure and culture to determine what organizational impediments exist to the full and fair enforcement of these rules. That kind of critical analysis may identify other changes that are needed to improve individual or group performance and accountability that, in combination with a renewed focus on enforcement, would further assure organizational accountability.

More information on team-building cooking classes paid for by GSA is in this
video.