Editor’s Viewpoint: We will all be monkeys’ uncles 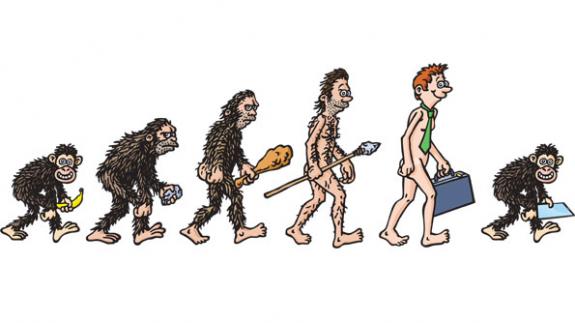 Do cars that drive themselves, homeless people who are paid to transmit WiFi signals and a ghost town that is becoming a live science experiment tell us anything about us and our futures?

Early this month, Google unleashed a novel way to lower traffic accident rates by creating a car that drives itself. And, why not? The car is using artificial intelligence. Judging by what I see, I could argue that humans often don’t use any intelligence at all when they drive here in Atlanta.

So far, Google has driven seven cars 1,000 miles without incident and more than 140,000 miles with some human intervention. In one impressive feat, a test car survived the spiraling twist fest know as Lombard Street in San Francisco. Google reported only one accident so far, when a test car was rear-ended while stopped at a traffic light.

In a story more provocative than the self-driving car, 13 people from a homeless shelter volunteered for $20 a day to be WiFi hotspots at a technology conference in Austin, Texas. The marketing company behind the project says it was trying to bring attention to the homeless in the same way it did in New York City when it gave that city’s homeless free cell phones and Twitter accounts.

Both stories are similar in that they illuminate problems common to local and state governments — thousands of yearly car accident deaths and millions of homeless Americans. The difference is that the Google car story has positive implications for the future, especially considering the strides being made in traffic management systems that could dovetail nicely with self-driving cars. The homeless story, not so much.

Coincidentally, robot cars are being tested in what is being billed as the first of its kind intelligent city, a ghost town in Lee County, N.M., that has been chosen as the site for a Center for Innovation, Technologies and Testing. Backed by a private firm investing as much as $1 billion in the experiment, the ghost town will be rebuilt so the company can test everything from self-flushing toilets to self-driving cars. Although the project will create 350 full-time jobs, none of those people will live in the town. In fact, no one will live there. When you have self-flushing toilets, who needs people?

Speaking of which, maybe you can see a theme creeping in from those stories. Call me paranoid, but we seem to be placing our bets on technology, not people, to move us forward. While people are creating the technologies, the average person appears to be a pawn in the development of our futures, not driving the bus, much less the car.

While we become more enamored and dependent on technology, some of our close kin are developing similar interests and skills. Orangutans in several zoos have learned how to use iPads to communicate with each other, and a new effort in Milwaukee is encouraging them to video chat through Skype. Give it a few more years, and there might be another force in the job market — one who will work for a bowl of fruit, and of course, some shiny toys.