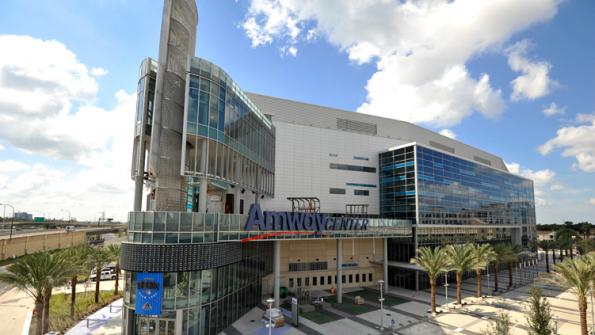 With the economic benefits of sports facilities up for debate, cities, counties and states are still helping teams build them.

As the New York Giants and New England Patriots prepare for Super Bowl XLVI, the Minnesota Vikings are focusing on a different endeavor: a new stadium. Minnesota Gov. Mark Dayton has been working with the team to procure and evaluate bids from potential host cities in the state. Despite detractors, proponents of professional sports teams in local and state government have continued to find ways — both financially and legislatively — to get new stadiums and arenas built with government assistance.

“[Having a pro sports team] employs people with team operations and indirect employment,” says Indianapolis Mayor Greg Ballard, whose city is hosting the upcoming Super Bowl. “The other piece is when companies are looking to move, they are looking for a range of amenities, including a cultural base and pro sports.” While supporters point to job creation, tourism and increased revenues, opponents argue that taxpayers bear the burden for sports facilities and surrounding infrastructure that do not financially benefit cities and counties in the end.

Regardless, several new stadiums have been erected in the past few years, and more are in the planning stages. Hotel and car rental taxes have been a common source of public funding. The Lucas Oil Stadium — home to the National Football League’s (NFL) Indianapolis Colts — opened in 2008 with 86 percent of the $720 million cost publicly financed and $100 million provided by the team. Marion County increased its hotel, car rental, and food and beverage taxes, while six surrounding counties also bumped up their food and beverage taxes.

The Cowboys Stadium in Arlington, Texas, debuted in 2009. Nearly 29 percent of its construction costs were covered by public financing through an increase in hotel occupancy and car rental taxes, as well as a half-cent increase in Arlington’s sales tax.

Orlando took a slightly different approach when building the Amway Center that the National Basketball Association’s (NBA) Magic started playing in beginning October 2010. The city issued bonds to partially fund the $380 million construction costs, which will be paid by the Orange County Tourist Development Tax. Orlando is the only city to both own and operate its pro sports stadium and lease it to the team, says Orlando Mayor Buddy Dyer. “We wanted to control other events and be able to host things like high school graduations,” he says. “We promoted the construction as a community building and not just a home for the Magic.”

In an attempt to attract an NFL team to Los Angeles, California Gov. Jerry Brown recently signed a bill that would fast track approval of a proposed, privately funded stadium in downtown. Lawsuits related to the stadium’s environmental impact would go straight to the California Courts of Appeal, cutting out the Superior Court. “Projects like Farmer’s Field can create thousands of jobs during a tough economic time, so it is imperative for the state to cut the red tape that could delay projects like this for years,” Brown said in a statement. His office has cited estimates that the stadium would create 12,000 full-time jobs during construction and 11,000 permanent jobs.