Jobs, health care, infrastructure and housing are problems that will not be solved by taking sides. 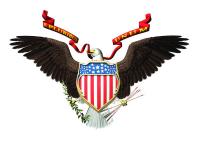 Working on American City & County for about a decade has rounded out my understanding of how American government works — or doesn’t in some cases — in particular, by expanding my knowledge of local and state government. Before I began working on the magazine, I mostly paid attention to the national elections, probably because as a small boy growing up in the deep South, I was impressed when the federal government used its power to right a century-long wrong. Now I know that I should have been as interested in how my local leaders were dealing with their problems or creating some of the problems we face today, such as not addressing the long-terms needs of infrastructure or setting aside funds to pay for the pension and health care promises they made to their workers.

With the upcoming federal elections capturing our national attention, I fear that once again, the politicians will return to the familiar divide-and-conquer playbook where they promote their positions and reinforce them by vilifying the competition. If they are successful in polarizing us further, then we will not have what we need to solve our problems: a mindset that sees jobs, health care, infrastructure or the housing debacle as American issues rather than Republican, Democrat, rich, poor, black, yellow, brown or white problems. Those problems are not unique to any group, because if they remain unsolved, the consequences eventually will affect all of us.

Take health care, for example. Even if the Affordable Care Act is repealed, we all know that Americans will continue to need health care and if they are uninsured, they will be treated at local taxpayer-funded facilities. That doesn’t sound like a cost-efficient system to me, and it’s certainly no long-term solution to a long-term problem.

Working at American City & County, as well as becoming familiar with our 102-year-old history, has taught me how Americans have worked together to solve their seemingly intractable problems, such as homelessness or inadequate housing. It also reminds me that I came to this job already knowing that my children and I are the living proof of the greatness of our country. It was the one place my four grandparents could move to for a better life — much less the millions who escaped from a Europe that eventually went pathologically mad.

I always knew how lucky I was just being an American, and I remain confident that if our forefathers were smart enough to establish a country as great as this one, that their descendants will never fail to live up to its promise.