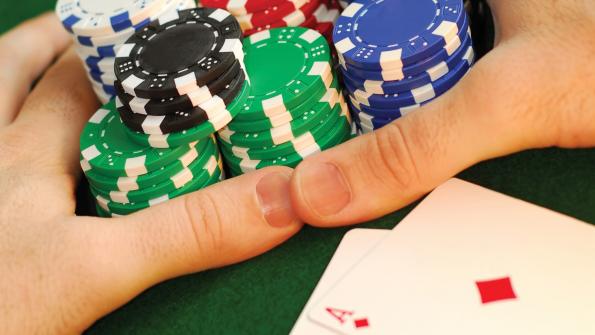 Massachusetts Governor Deval Patrick has signed legislation that will expand gaming in the state and today announced the chairman of the newly created gaming commission.

Massachusetts Governor Deval Patrick has signed legislation that will expand gaming in the state and today announced the chairman of the newly created gaming commission.

The act allows for the creation of one slots parlor in the state and one resort-style casino in each of three designated regions. The licensing fee for the casinos will be at least $85 million, with the state receiving at least 25 percent of gross gaming revenue. The license for the slots facility, which can have up to 1,250 machines, will cost at least $25 million.

"I have always believed that if done right, expanded gaming can create jobs, generate new revenue and spur economic growth in every region of the commonwealth," Patrick said. "Because of initiatives like this one, Massachusetts continues to lead the nation out of this recession." Applicants for gaming licenses must show how the applicant will foster and encourage new construction through capital investment and provide permanent employment opportunities.

The act also creates a five-member Massachusetts Gaming Commission that will implement and oversee the licensing process. Today, Patrick named Stephen Crosby to a five-year term as the chairman. Crosby has served as the state's top budget official and chief of staff under two governors, according to a Boston Globe article. "It will be up to me and the Commission to assure both the public and the participants in the gaming industry that the process for developing expanded gaming in Massachusetts is honest, transparent and fair," Crosby said.

Concerns about the new law include gambling addiction and how the casinos will affect host communities. In a Boston Herald video debate (view below), Sens. Sonia Chang-Diaz and James Eldridge both expressed concern that gaming will take money away from other areas of the economy. "Every dollar they spend at a casino is a dollar they don't spend at a restaurant or a downtown theater or museum or local business," Eldridge said.

To read the entire "Act Establishing Gaming in the Commonwealth," click here.