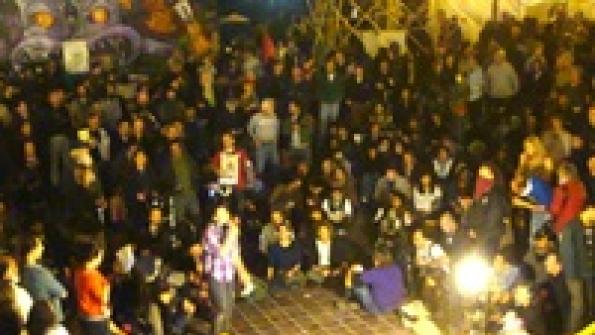 Demonstrations are planned for Tuesday in 25 cities. 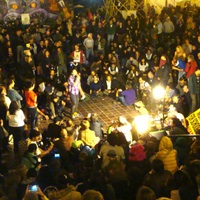 Occupy Our Homes, an offshoot of the Occupy Wall Street and related movements, has declared today a “National Day of Action to Stop and Reverse Foreclosures” and has scheduled demonstrations in approximately 25 U.S. cities. According to OccupyOurHomes.org, demonstrations are planned in Atlanta; Buffalo, N.Y.; Chicago; Denver; Detroit; Los Angeles; New York; Oakland, Calif.; St. Louis; and San Francisco, among other cities.

According to the movement’s website, Occupy Our Homes seeks to support homeowners who have either already been foreclosed on or are facing foreclosure.

The Tuesday morning rally in Atlanta featured civil rights leader Joseph Lowry “calling for a stop to all foreclosures on the steps [of] the Fulton County courthouse,” according to an update of demonstrations on the home page of OccupyOurHomes.org. The same rally also featured “Occupy Atlanta making lots of noise to disrupt the foreclosure actions going on at [the] Fulton County courthouse,” the update said.

It is unclear at this point to what extent, if any, Atlanta police have been monitoring the demonstration.

The Oakland Tribune reports that Occupy demonstrators will hold a rally today in Oakland’s Snow Park “to support a woman whose home is scheduled to be auctioned later this week.” Another demonstration will feature a march in which protestors will demand that a bank work with an Oakland family to place them back in their foreclosed home, the paper reports.

In San Francisco, a demonstration will be held at a single-family home “to show support of two Bayview households facing eviction between now and early January,” the San Francisco Chronicle says.

American City & County will continue to follow this story throughout the week.