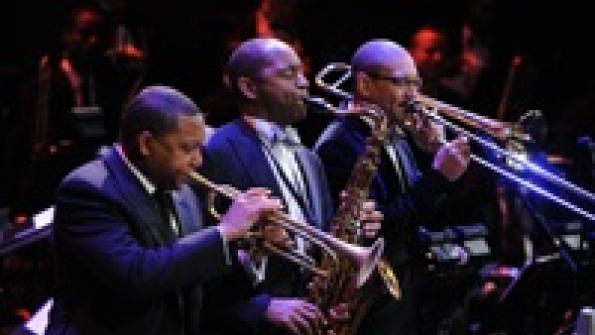 A numeric look at the nation’s artists

A look at the nation's 2.1 million working artists highlights their income, demographics, education and more.

Ranging from advertising writers to rodeo performers, artists make up 1.4 percent of the total American workforce and 6.9 percent of the professional workforce. And, the nation’s 2.1 million artists are most likely to live in New York or California.

According to “Artists and Arts Workers in the United States,” released in October by the National Endowment for the Arts, artists also tend to be better educated and are more likely to be self-employed. The research note examines artists’ income, education, age, industry, ethnicity, and state and metro employment rates based on data from the American Community Survey from 2005-2009 and the Quarterly Census of Employment and Wages from 2010.

More than half of artists (54 percent) work in the private, for-profit sector, and 35 percent are self-employed. The highest percentage (39 percent) are designers in fields ranging from floral to industrial, followed by performing artists at 17 percent. When it comes to education, 59 percent have at least a bachelor’s degree compared to 32 percent of all workers, although that varies widely depending on specific occupation.

Median wages and salaries for artists in 2009 were $43,000 compared to $39,000 for the general workforce and $54,000 for professional workers. Architects brought in the highest median wage at $63,000. Female artists earned $0.81 for every dollar made by a male artist. That figure is very similar to the $0.80 made by a woman in the general labor force.

The research also breaks out state data. For instance, New York and California have the nation’s highest percentage of artists in their state labor forces at 2.3 percent and 2 percent, respectively. That exceeds the national average of 1.4 percent. Mississippi and West Virginia have the lowest at 0.7 percent. Oregon and Vermont beat the national average thanks to a concentration of writers and authors. Although Tennessee falls below the national average, 22 percent of its artists are musicians versus 9 percent nationally.

“Artist” is defined as someone who reports his or her primary job to the Bureau of Labor Statistics’ Current Population Survey as one of the following: actor; announcer; architect; fine artist, art director or animator; dancer or choreographer; designer; other entertainer; musician; photographer; producer or director; or writer or author.

For more information on artists in America, visit the National Endowment for the Arts website and read the full report.