By a vote of 95-0, the U.S. Senate has passed bipartisan legislation to repeal a federal mandate that would have required federal, state and local governments to withhold 3 percent of certain payments to contractors and other vendors who do business with the government. 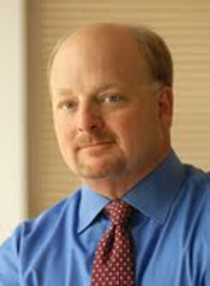 By a vote of 95-0, the U.S. Senate has passed bipartisan legislation to repeal a federal mandate that would have required federal, state and local governments to withhold 3 percent of certain payments to contractors and other vendors who do business with the government.

The House passed similar legislation (H.R. 674) on Oct. 27, by a vote of 405 to 16. Because H.R. 674 was amended, it will have to go back to the House for accelerated consideration. The House is expected to clear the amended bill in the next week or so, before it is sent to the White House for the President’s signature. President Obama has indicated his support of the legislation.

The 3 percent withholding provision was incorporated into the 2005 Tax Increase Prevention and Reconciliation Act (Section 511) in an attempt to guarantee that individuals and companies with outstanding tax debts did not receive new federal payments. The provision mandated that federal, state and local governments with expenditures of more than $100 million withhold for tax purposes 3 percent of payments for products and services valued at more than $10,000.

There were a couple of reasons why the Senate voted for repeal of the 3 percent provision, says Larry Allen, former president of the Washington-based Coalition for Government Procurement and currently a contractor consultant at the Arlington, Va.-based Allen Federal Business Partners.

One, reason, he says, is that there has “been a broad-based industry effort since the original provision was enacted at the 11th hour when nobody was watching. The number, depth and breadth of people in industry that wanted to see this repealed was substantial. The most important voices inside the industry community have been from small businesses. They saw the provision as an absolute loser for them. It would cause them significant cash flow hardship, and, finally, that message really started to resonate, along with all the other problems that small businesses have been encountering in a down economy.”

Another reason for the Senate’s repeal vote, Allen says, is that government officials were reluctant to see the 3 percent withholding provision take effect. Allen noted that “the Defense Department did a study several years ago that showed that it would cost many millions to implement the provision, and the expected recovery would be much less than the costs for just that one agency to set up a program that would be able to reconcile accounts with the Internal Revenue Service.”

Allen’s conclusion: “The point finally got across to enough members of Congress that it really wasn’t a revenue maker. The provision was going to be a net money loser at a time when government is looking to cut expenditures.”

Opponents of the 3 percent provision need to stay vigilant, Steve Lutes told Govpro.com. Lutes is the director of the Corporate Leadership Advisory Council at the Washington-based U.S. Chamber of Commerce. One of his responsibilities includes managing the Government Withholding Relief Coalition.

“Until the repeal bill passes the House again and is signed by the President, we have to keep the pressure on and cannot take anything for granted,” Lutes said. “We will be urging the House to take up the Senate-passed legislation as soon as possible, pass it and send it to the President for his signature. That would spell the end of the 3 percent withholding tax mandate once and for all, which would be great news for those impacted, such as businesses, doctors, farmers, state and local governments, and colleges and universities.”