America's infrastructure investments will be further stifled this year by pressures to cut federal spending and reduce the deficit, compelling cities to take on more of the costs to start or continue infrastructure projects, according to a new report from the Urban Land Institute. 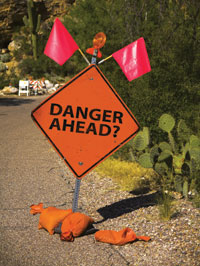 America’s infrastructure investments will be further stifled this year by pressures to cut federal spending and reduce the deficit, compelling cities to take on more of the costs to start or continue infrastructure projects, according to a new report from the Washington-based Urban Land Institute (ULI). “Infrastructure 2011: A Strategic Priority,” released May 16, found that some major U.S. cities have moved some infrastructure projects forward, but others have had to change their development plans.

The report also tracks the effect that the end of funding from the American Recovery and Reinvestment Act (ARRA) and further declines in federal funding will have on states and local governments. The ramifications of the loss of federal funding include the likelihood that infrastructure built with federal grants decades ago will not be repaired or replaced; local governments will scramble for what’s left of available federal capital project dollars; more states will reject federal capital funding, fearing future unfunded operating burdens; and transit system expansions in car-dependent metro areas will struggle to move forward.

However, the report also found that, despite fiscal constraints, Denver, Minneapolis-St. Paul, Seattle and Salt Lake City have been particularly successful in moving projects forward, due largely to the willingness of local governments to pool resources and agree on planning and spending strategies. Also, “Infrastructure 2011” suggests that an expansion of public-private partnerships is the most promising solution to the nation’s infrastructure shortfalls.

With $2 trillion needed to repair and rebuild deteriorating roads, bridges, water lines, sewage treatment plants and dams, the nation’s infrastructure woes will only get worse as the politically fractured government erodes support for both existing upgrades and new initiatives, said ULI Executive Vice President Maureen McAvey in a statement. “America’s unwillingness to confront its infrastructure challenges is undermining the ability of our urban areas to compete globally. If we persist with short-sighted decisions, we will lose talented workers and companies to nations and cities overseas that are committed to infrastructure as a vital component of livability and economic viability,” McAvey said. “Infrastructure as a national priority is not political rhetoric. It’s a must to keep America’s standing as a global leader in innovation.”

Read more information from “Infrastructure 2011” and download the report.