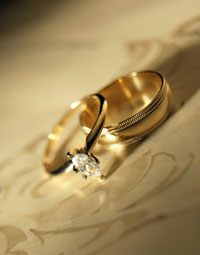 Under the new Illinois Religious Freedom Protection and Civil Union Act, couples in a civil union will have automatic hospital visitation rights and the ability to make emergency medical decisions for partners; the ability to share a room in a nursing home; adoption and parental rights; pension benefits; inheritance rights; and the right to dispose of a partner’s remains. “Today is an important day in the history of our state because today we are showing the world that the people of Illinois believe in equality for all,” said Gov. Pat Quinn. “We look forward to individuals and businesses from across the country choosing to move to Illinois where we believe that everyone is entitled to the same rights.”

In addition to Illinois, California, Nevada, New Jersey, Oregon, Washington and the District of Columbia have civil unions or similar laws on the books. The Illinois Religious Freedom Protection and Civil Union Act goes into effect June 1, 2011.