A group of local and state governments, along with at least two environmental protection groups, have filed federal lawsuits in an effort to protect the use of Property Assessed Clean Energy (PACE) loans, which allow homeowners to finance energy efficiency and renewable energy retrofits through loans that are repaid with city or county property tax assessments. In early July, the Federal Housing Finance Agency (FHFA) issued a warning against the use of PACE loans and set new rules for federal mortgage lending giants Fannie Mae and Freddie Mac on handling PACE-affected mortgages. 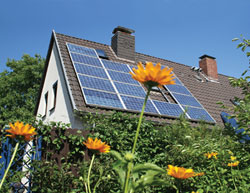 In its July 6 statement, FHFA pointed out that many PACE loans establish a priority lien over existing mortgages, which could pose a risk for lenders and affect the valuation of the mortgages on secondary markets. The FHFA also raised concerns over a possible lack of consumer protections in the PACE loans, such as standards for proving the value of the energy upgrades purchased with the loans.

Several PACE participants have ended or suspended their programs since FHFA issued the warning, and now some of them are suing FHFA. Leon County, Fla.; California; Sonoma County, Calif.; Palm Desert, Calif.; the New York-based National Resources Defense Council; and the San Francisco-based Sierra Club have filed the lawsuits.

Leon County claims FHFA’s warning has disrupted its Leon Energy Assistance Program (LEAP), and the lawsuit alleges that the agency’s actions violate state and federal law. “The FHFA, Fannie Mae and Freddie Mac’s actions would effectively halt Leon County’s energy program, as well as others throughout the country,” said Leon County Board of County Commissioners Chairman Bob Rackleff in a statement.

The next step in the lawsuits is for the plaintiffs to consolidate the suits and pick a state in which the suit will be heard, says Martin Chavez, executive director for Boston-based ICLEI-Local Governments for Sustainability, which supports the PACE program. Meanwhile, Chavez says, the FHFA warning is stifling the PACE program, even though the agency has not cited one case of adverse effects from PACE assessments. “It’s a real travesty, because these programs have so much potential,” Chavez says.

In July, FHFA Acting Director Edward DeMarco issued a statement defending his agency’s position on PACE programs, and there have been no other statements since:

“In keeping with our safety and soundness obligations, the Federal Housing Finance Agency will defend vigorously its actions that aim to protect taxpayers, lenders, Fannie Mae and Freddie Mac. Homeowners should not be placed at risk by programs that alter lien priorities and fail to operate with sound underwriting guidelines and consumer protections. Mortgage holders should not be forced to absorb new credit risks after they have already purchased or guaranteed a mortgage.”