How the implementation of GASB Statement No. 68 will affect you

Ted Williamson, a partner in RubinBrown's Assurance Services Group, discusses GASB's Statement No. 68, and what it's impacts will be on local governments. 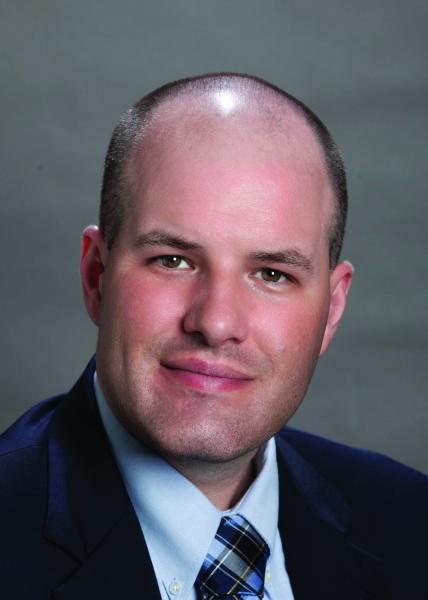 On March 24, 2014, the Governmental Accounting Standards Board (GASB) voted unanimously not to delay the implementation of GASB Statement No. 68, Accounting and Financial Reporting for Pensions. This accounting standard for state and local governments (including public colleges and universities) revises and establishes new financial reporting requirements for governments that participate in defined benefit pension plans.

Originally approved by GASB in June 2012, the requirements of GASB Statement No. 68 are effective for periods beginning after June 15, 2014, meaning they will become effective for most governments for their 2015 fiscal years.

GASB Statement No. 68 dramatically changes the way that governmental entities account for their defined benefit pension plans. The primary consequence is that most governments will have to report a much larger pension liability on their financial statements than in the past.

Up until now, governments have only had to report a pension liability to the extent that they were behind on their annual actuarially-determined payments into the pension plan. Under GASB Statement No. 68, governments will have to report a liability for the entire underfunded status of the plan.

In order to grasp the significance of this change, think of a governmental pension plan as if it were a mortgage.  Under existing rules, governments only have to report a liability to the extent they have been behind on their monthly mortgage payments. Under GASB Statement No. 68, governments will have to report the entire remaining outstanding balance of the mortgage as a liability. As one can imagine, this will cause the pension liabilities reported by many governments to skyrocket.

A second significant consequence of GASB Statement No. 68 is that governments will have to report their proportional share of the liability of any cost-sharing, multiple employer pension plans they participate in. Until now, if a government has participated in a cost-sharing plan with other governments, it has only had to disclose the existence of the plan in a footnote, but has not had to record any liability related to the plan. GASB Statement No. 68 will require the governments participating in a cost-sharing plan to determine the underfunded status of the plan as a whole, and record the proportional share of this liability on each participating government’s financial statements.

A number of stakeholder groups, including government finance officers, elected officials and industry observers, are concerned that many governments will not be ready to implement GASB Statement No. 68 when it becomes effective in 2015. Additionally, the concern was expressed that governments in multi-employer pension plans may receive a modified audit opinion on their financial statements since auditing procedures related to GASB Statement No. 68 will have not been applied to the plans for a sufficient period. Accordingly, these stakeholder groups requested that the GASB indefinitely delay the implementation date of Statement No. 68.

However, other individuals, organizations and stakeholder groups, including users of governmental financial statements, urged the GASB not to delay the implementation date of Statement No. 68. The GASB ultimately decided to stick to its original implementation schedule. Key factors in this decision include the fact that many plans are already implementing GASB Statement No. 67 (a related pronouncement governing financial reporting by pension plans), the strong objection of financial statements users to further delays in the implementation of Statement No. 68, and the GASB’s conclusion that the concerns raised by those requesting a delay were no different than the concerns raised during the initial deliberation of the standard.

Governmental entities and public colleges and universities are therefore encouraged to begin planning for the implementation of GASB Statement No. 68 as soon as possible. The requirements of this standard are significant, and fiscal year 2015 is fast approaching. Last month, GASB released a free online toolkit and guide on Statement No. 68 to help preparers, auditors and users of governmental financial reports with resources, videos and articles on pension accounting and reporting standards and requirements. The toolkit can be found here.

Ted Williamson is a partner in RubinBrown’s Assurance Services Group, focusing on clients in the government, not-for-profit and college and university sectors. Ted is also the Chair of RubinBrown’s Foundations segment. He is a member of the American Institute of Certified Public Accountants and the Government Finance Officers Association.