By Paul Mitchell — There is a common policy that is getting in the way of government officials’ ability to make the most informed decisions. 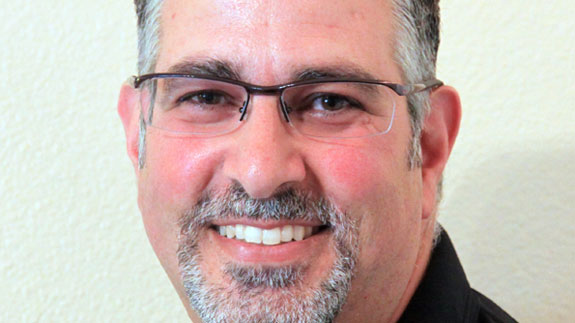 With the degree to which fiscal budgets are being stretched today, purchasing decisions are being weighed and watched much more closely, particularly when municipal, state or federal tax dollars are involved. But there is a common policy that is getting in the way of government officials’ ability to make the most informed decisions: prohibitions on factory visits.

It’s not hard to understand the underlying fear that produces the policy. The playbook of some vendors is filled with expensive dinners, elaborate trips and/or high-end gifts that are solely intended to bring or keep business. Some of us have seen our municipal officials highlighted on the news, caught on video taking an exotic hunting or fishing trip with a vendor when they were supposed to be reviewing production methods and materials. Because of these publicly revealed transgressions, the mere perception of any impropriety, whether real or imagined, is enough to convince some officials to ban factory visits.

But are those bad apples really a prudent justification for preventing all decision-makers from doing their due diligence? We’re talking about decision-makers who’ve been put in positions wherein they’re entrusted to do what’s best for us with our money. If we don’t trust them, then why are they in that position to begin with?

Either we trust our decision-makers, or we don’t, in which case we have the wrong people in those positions. Consider also that if we don’t trust our decision-makers, then we’re inherently placing more trust in the vendors, because we now have to take their word at face value, relying on information from their website, literature or other marketing material. But these are the same vendors that we’re supposed be worried about trying to take advantage of our people? The logic kind of breaks down. Although cities can require sample products to be shipped to them for review/testing/comparison, a factory visit can often raise questions about production methods or materials that officials would not be aware of otherwise, and which could ultimately affect a purchasing decision.

To address the concern of any impropriety, rather than issuing a moratorium on visits of this sort, many cities have adopted practices that allow their staff to perform due diligence while reducing temptations. Common practices include not allowing a vendor to pay for meals or hotel accommodations. Vendors can cover airfare to/from their facilities, but they may not put anybody up in a ritzy hotel or provide expensive dinners. Meals are covered by a reasonable per diem. This practice also brings the benefit of generally keeping these inspection trips shorter, reducing the opportunity for impropriety. There are often limits on any gift that an official can accept, usually around $15 to $20. A $20 souvenir t-shirt for their child from a local sports team may be OK, but the vendor may not buy them a $189 officially licensed replica jersey of their favorite player. While it’s difficult to police this policy, the municipal officials are keenly aware that they may be risking their jobs to accept gifts like that, which should give them pause before making a poor decision.

Some cities use the buddy system and always send two people rather than one on factory visits. Although that increases the trip’s cost, it’s much harder to do something questionable when there’s another person from the city on the trip, especially if it’s not a close friend from the same department.

Another benefit derived from factory visits is the continuing education and training that many vendors offer. In addition to the factory tour and review of materials or product specific to a bid, officials can take part in educational seminars at the factory. The seminars are not commercials for that vendor, but rather an update on the latest technology, materials or production methods relative to the government’s project. If the seminar includes continuing education units from accredited authorities in the field, then the presentation has been carefully vetted and screened to be generic, and not to steer the attendee toward any specific product or manufacturer.

Factory visits are not automatic traps for ethical violations, and they are not a waste of time or money. They are designed to help government officials make informed purchasing decisions and be better stewards of taxpayer money. Either we trust our officials to make good decisions and behave properly, or we don’t. It’s really that simple.

Paul Mitchell is responsible for sales and nationwide education for Roselle, Ill.-based Sternberg Lighting. He is a member of the IES Street and Area Lighting Committee as well as the IES Roadway Lighting Committee, and has written a number of articles related to lighting and municipal RFPs. He may be reached in San Antonio, Texas, at [email protected].