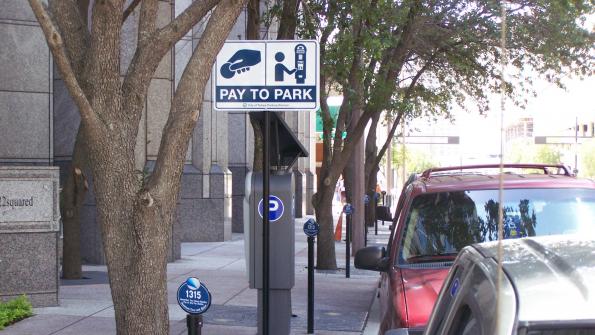 A much-trumpeted ribbon cutting hosted by Washington Mayor Vincent Grey in July 2011 drew out the media in droves and launched a flood of news stories that continued for more than a year. But the ceremony wasn't for a new government building, museum or bridge.

It was for a parking meter.

Specifically, it was for the first of 17,000 pay-by-phone-enabled meters to be installed throughout the city. With that ceremony, the District of Columbia became one of the first cities in the world to embrace the technology, which would let customers pay for parking with credit cards while the city moved toward implementing a system whereby parking rates change based on parking demand (dynamic parking pricing) across its entire on-street parking system.

Within a few weeks, the news stories shifted focus from what might happen to the actual results of the infrastructure change, which were nearly all positive. Commuters and visitors to the city loved the new meters and embraced paying for parking by credit card using their smartphones. Traffic congestion went down markedly, easing both stress and emissions levels from cars, thanks to fewer people circling blocks searching for parking spots. And in a hoped-for but not entirely expected result, parking revenue shot up by nearly 40 percent.

Thanks to new technologies that enable revolutionary strategies to be implemented, parking is becoming a revenue-booster for cities of all sizes, and in all kinds of locations. From meters to sensors to apps and beyond, the parking industry has embraced a technological revolution that's changing the way customers and local officials think about where they leave their cars.

"Technology and sustainability were at the top of what we found parking professionals are focusing on in our 2012 Emerging Trends in Parking Survey," says Shawn Conrad, executive director of the Fredericksburg, Va.-based International Parking Institute. "By easing parking congestion, reducing emissions from cars circling the block looking for spaces, and helping customers find spots, these technologies are revolutionizing the way cities and counties think about parking, and boosting their bottom-line numbers as well."

Soumya Dey, deputy associate director of the Washington Department of Transportation (DDOT), says that while pay-by-phone did offer a great revenue boost to the city, it's not the main motivator behind the decision to implement it two years ago. "Revenue is great and it's important internally," he says, "but we don't try to promote it as one of our prime objectives. We looked at it and did a full Six-Sigma analysis and realized we had three fundamental issues with our parking system."

He says that the first of those was that the city's parking meters, which were old. They also almost exclusively relied on coin payment, which conflicted with a city lifestyle that saw only plastic and a few bills in most people's pockets. Finally, there was no good way to audit revenue from meters that relied on coins alone.

"To improve customer service, we decided to increase the number of ways people could pay for parking at meters," he says. And with that, the city launched several pilot programs that tested networked meters, single- and multi-space meters that accepted credit and phone payments and sensors embedded in the streets that could feel which spaces were open and when meter time had expired.

"Based on the findings from our pilot programs, we formulated a strategic vision for our program," Dey says. "We saw a great opportunity with pay-by-cell parking."

Some 18 months after launching the program, Dey says revenues are up 40 percent, while parking violations have decreased.

"People have good intentions, but if you have a coin-based system, at some point, they run out of change," he says. "They still need to park to conduct their business, so they take chances. If you provide options for payment, you eliminate that segment of your customer base that has good intentions to pay but can't pay because they're out of change. And that raises your revenue."