Whether procurement lies in a separate department of a large city or is a job requirement for the head of public works in a small town, the function is increasingly being seen as a strategic player at the highest levels of decision making rather than only taking a tactical role. 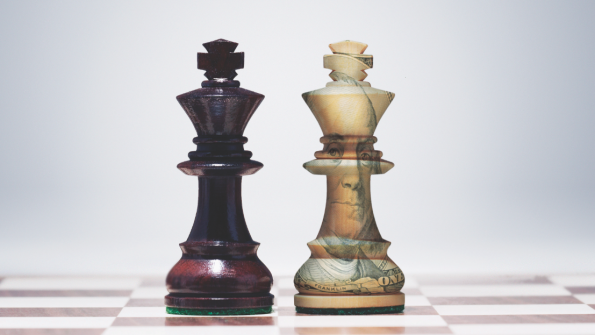 As the Smart Growth Initiative was launched several years ago, David Dise, the county’s director of procurement, worked side-by-side with other top county officials to coordinate the implementation of the multiple pieces involved in the $400 million project.

“We were asked to help determine the best way to secure the services we were pursuing,” he says. “We were involved at the beginning so we could understand the goals and mission of the project, to show how procurement must be a factor in the project.”

Now, as the six-year project enters the second of four stages, the county expects to gain new facilities at no cost to the public, paid for with revenues from the development on the land that once held the aging facilities.

Shining the light on how money is spent

Such involvement in projects at their creation is one essential element of the effective procurement process in the public sector. Whether procurement lies in a separate department of a large city or is a job requirement for the head of public works in a small town, the function is increasingly being seen as a strategic player at the highest levels of decision making rather than only taking a tactical role.

At a time of strained government finance and increased scrutiny of all public sector operations, the importance of an effective procurement process has been heightened, though officials argue that they are always concerned about the efficient use of public funds. They say strong policies, publicly available, ensure the community that its tax dollars are being used efficiently.

“Procurement should function in a fishbowl, be transparent,” Dise says. “The public has a right to know how money is spent.”

With new tools at their disposal, increasing collaboration at regional and even national levels, and more interest in partnerships between public entities and private business, procurement is taking a major role in the operation of well-managed governments.

“We’re innovators and problem solvers,” says John Adler, vice president of procurement for Dallas Area Rapid Transit in Dallas. “We have to be creative in how we do our jobs. We need to be involved in the planning process, so we know how what we are doing today fits into the financial plan 20 years out.”

Procurement officials despair over the image of the government buying office that purchases everything at the lowest bid price, regardless of the quality or even suitability. Instead, they argue, such practices have been out of favor for decades, replaced by best value policies that consider other factors besides price, such as quality, past performance, functionality and warranty.

“We have moved away from being seen as a transactional function toward a more strategic operation,” says Jean Clark, Arizona’s former head of procurement. “We are looking for the right solution at the right price. It’s the right solution, not just the expedient solution.”

Recent trends have placed such activities as government purchasing cooperatives and public/private partnerships at the forefront of the procurement process, as ways to capitalize on volume purchases of commodity-type items. Public buyers are now relying on the expertise of businesses that may be able to perform key functions at a lower cost than the government operation.

“Privatization is exploding now,” says Barbara Johnson, who until recently was the head of procurement for the Columbus (Ohio) Regional Airport Authority. “There have been enough failures that government can be strategic on what to privatize.”

At the same time, some warn that governments should consider a broader view of these trends, including the impact of transferring dollars to outside communities. Such changes could have negative effects, such as declining retail sales, more dependence on lower-income employees on public assistance and a wider gap between lower- and higher-paid employees.

“Elected officials talk about increasing economic development opportunities,” says Daphne Greenwood, an economics professor at the University of Colorado-Colorado Springs, “but their own decisions on contracting can have an impact.”

Whether considering outsourcing or buying routine supplies, procurement officials cite the need for a complete understanding of the policies of the organization, so that purchasing decisions are in line with the vision of the policy makers.

“We need to know what the policy holders want to see,” says Clark, citing, as an example, goals for purchasing from minority and women-owned businesses. “We need to know the key drivers of the organization and to support the operational initiatives of the public policy.”

When people in charge of buying are privy to the strategic thinking of the organization’s leaders, they are able to guide the project to successful completion, she says. “If we know what is important to policy makers, what they value, we can assist people’s goals in the organization,” she says.

In this way, the buying process is tied closely to the political goals of the leaders, while still staying within the laws and guidelines that govern the purchasing process. That avoids problems with improper intervention. “More transparency is very helpful,” she says.