Despite some discord, properly managed public-private partnerships can find harmony 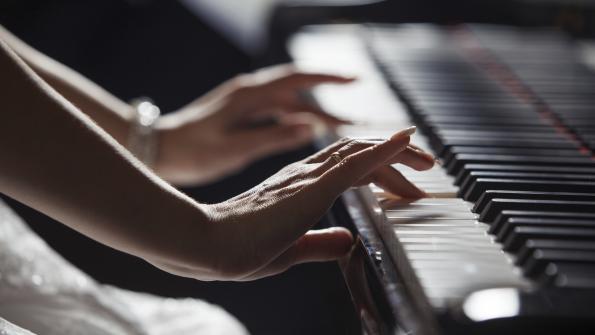 Public-private partnerships (PPPs or P3s) have been getting a bad rap lately, causing municipal governments to wonder whether such partnerships really serve public interest — especially as fiscal resources are rebounding following the recession. In a four-part series on PPPs, the Pittsburgh Post-Gazette recently highlighted the pitfalls of making poorly structured financing deals with the private sector to fund infrastructure projects.

Meanwhile, Chicago has been crucified by the public and press for using a P3 to manage 36,000 city parking meters. The private investor, Morgan Stanley Infrastructure Partners, generated $43.6 million in profit by raising parking rates. Morgan Stanley also billed Chicago for $61 million for reimbursement, claiming that, when the city closed streets for construction or street festivals, created bike and bus lanes to reduce traffic or allowed someone else to build a competing parking garage, Morgan Stanley lost revenue.

Despite the criticism, interest in P3s is growing. Proponents say partnerships are worth exploring because they often result in creative solutions to delivering and funding public services and infrastructure projects.

“It’s safe to say governments at all levels are faced with budget constraints and there is inherent budget scrutiny,” says Todd Herberghs, executive director for the National Council for Public-Private Partnerships (NCPPP). “As officials are reluctant to increase revenues through taxes, but government still has to deliver the same services, P3s are a great avenue to explore for funding.”

Nationwide, more communities are implementing legislation to facilitate and expand the use of PPPs to improve service and control costs through competition and reduced overhead, says Richard Norment, an independent consultant for PPPs and NCPPP senior fellow. “The number of states that have passed new partnership transportation legislation has plateaued at 34, but what has expanded rapidly is legislation for social infrastructure — water systems, schools, libraries, parking lots. [Such legislation] has eclipsed the transportation number, with 49 states having statutes for such projects,” he says.

Given the facts, “We encourage P3s as an option for local governments, but we don’t encourage rushing into them to get something paid for. That can lead to bad deals,” Herberghs cautions. Instead, he suggests communities take time to examine what they are trying to accomplish, do a complete value analysis and determine the true lifecycle costs. “It’s not just free money,” he says.

Broad communication is key to the success of a PPP, Herberghs adds. “Some projects may have felt rushed through or face public opposition because the process was not as open as the public would have hoped,” he says. “It’s important to be as methodical and transparent as possible.”

Colorado recently took steps in this direction, by amending its legislation so that PPPs are more open to public comment.

“I would argue that the ‘soft elements’ in a partnership are at least as important as the financial aspects,” says David Swindell, associate professor of public affairs and director of the Center for Urban Innovation at Arizona State University (ASU). He notes the importance of two-way communication in the relationship. “It’s not just a cost-benefit in terms of dollar and cents. It also includes efficiencies, effectiveness, whether citizens are satisfied, whether city council politics are going to impact the project, etc.” If politics or poor communication is going to hinder a partnership, then a city council should be gun-shy about entering into these types of partnerships, he says.

Susan Mays, vice president of marketing and strategic initiatives for CH2M Hill’s Operations Management Services group, characterizes successful PPPs as partnerships that provide “collaborative service delivery,” rather than involve a community “contracting out a service.” She notes the importance of creating partnership agreements that allow for flexibility, should issues arise that aren’t specifically spelled out in the contract. She says one agreement her company has with a city says nothing about being a good corporate citizen, but her staff knows the mayor expects the company to participate and be part of the community. “When you look at signing a contract for 10, 20, 30 years, what’s in the contract isn’t going to make the project successful. It’s the skills on both sides of the table that build on a collaborative arrangement.”

“‘Contracting out’ frequently involves a community contract out service X for given price at X quantity. That’s nothing more than city paying a vendor for a service — a contractual relationship. I don’t consider that sort of privatization a partnership,” Swindell says. “A partnership is when both parties are involved — collaborative service delivery” — and both parties benefit.

To help communities determine whether their projects are ripe for partnership with the private sector, ASU has developed a tool to evaluate the chance of success. “We’ve been working on a tool to help communities decide whether they should be doing it in first place. Given the service and given the context of the community, is collaborating the right thing, or should the project remain in-house?” Swindell says.

The success of a P3 hinges on more than just the financial viability of the project and partner. Some services are more amenable to collaboration with public or private sector delivery. Is the leadership stable or is there a lot of turnover? “Would you want to have a partner that can’t keep its leadership in place and might change its mind on the value of partnership? One of the characteristics of success is leadership stability and talent of the partners — do they have a track record of being competent in these types of partnerships?” he asks.

In the ’90s and early 2000s, there was a push for PPPs, then states, cities and counties moved away from these arrangements because public entities didn’t feel like they were getting what they wanted out of the partnership, and often they weren’t really designed as a partnership, Swindell says. A successful partnership clearly spells out the goals, what each partner’s responsibilities are, and the benefits.

“The private sector needs to profit, and the public sector needs the service. How you specify the agreement and note what each party is contributing to the process and derives from the process isn’t always equal in dollars… We’re now seeing private-sector companies that better understand what the public needs to get out of this and a lot more sophisticated city managers that are savvy to what they need to specify in arrangements so the relationships all work the way parties want them to work,” he says.

John Danielson, city manager for Centennial, Colo., likens a PPP to a marriage. “If both folks want to work on the relationship, it will work to the best of circumstances,” he says. His city of approximately 100,000 residents works with the private sector to provide service delivery for all of its public works, from snow plowing to surveying. This has allowed the city to operate with only 50 employees, while benefitting from the expertise of private professionals. “I get the benefits of super, high-quality work for only the time that I need it,” he says.

However, he recognizes that his city’s P3s are successful because his staff doesn’t operate with a superior-subordinate relationship. He says his staff checks in with major partners every Monday, not to go over every aspect of the contract, but to monitor progress, whether they have the right people and equipment in place, and whether they’ve communicated everything to the public about what they will be doing to meet expectations. “It’s similar to in-house staff meetings, and difficult to tell the difference between city employees and private contractors when they’re physically together in the same room,” he says.

“The group works as a team, keeping in mind the basis of the contract is I win, you win,” Danielson adds. “There has to be a reason for us to be together and for this to work out. I get goods and services on a level that meets my and the residents’ needs. You’re on the other side of it and provide a service and generate a profit, keep people working and keep shareholders happy.”