Gail Farber is a force to be reckoned with, and breaking the glass ceiling in Los Angeles County’s Public Works Department was only the beginning. 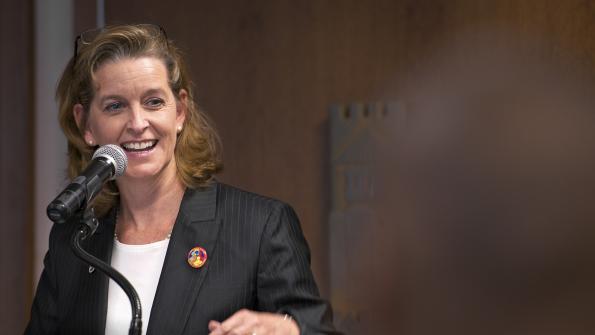 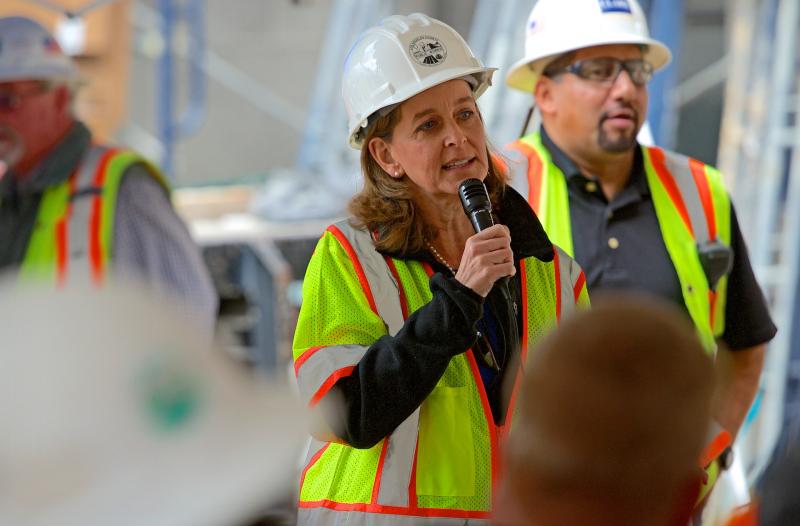 Farber’s leadership in bringing change in areas only indirectly related to public works also draws accolades. She is applauded for her role in inspiring women to pursue nontraditional roles. As part of her outreach, she has been a leader in developing the DPW’s Women’s Leadership Council, which annually draws more than 500 women (and some men) to its Legacy Conference and promotes outreach programs to encourage students in careers in science and technology.

Gloria Molina, a Los Angeles County Supervisor, recalls that she appreciated Farber’s introduction when Molina was the featured speaker at a recent Legacy Conference.

“Gail set the tone, that we were making sure that there is no bias in the workplace,” she says. “She presented herself as a feminist. It was a very strong message.”
Molina remembers that she was “pleasantly surprised” that Farber was the prime candidate for the vacant public works job in “a male-dominated career path” and that her performance has validated her selection.

“She’s been a commanding leader,” she says, noting that Farber has gained the respect of the many male engineers in her department. “The issues have varied, but everything has been open and functional. She’s been an unbelievable department head.”

Farber also had to show her leadership in launching the youth program. In assembling the components of the probation effort, Farber worked with several departments as well as multiple nonprofit organizations, says Walker, who continues to work on the project. Walker is particularly optimistic that the plan will be successful because it includes case managers as well as mentors from public works who guide the interns on the job.

“It was very complicated, but she was able to focus on the neediest kids in Los Angeles County,” Walker says, “see their potential and bring fundamentally transformational change for kids with problems.”

Such opportunity to foster change attracted Farber to public service in the first place, she says. “I’m a kid from public sector roots,” she says about her parents who both worked in public jobs. “I grew up when it was a time of social change, change the world in a positive way.”

Farber’s mother and grandmother had professions in math and science (“It’s in my DNA”), and Farber pursued the subjects “when girls did not take math and science.” She started in pre-med, but transferred to civil engineering at San Diego State because construction became her passion. “I love the smell of asphalt,” she jokes.

Farber spent 17 years with the California Department of Transportation before deciding she wanted to complete the projects she was planning rather than spending years planning a project that might never be built in her career. She took jobs in the cities of Orange and Pico Rivera, prior to moving to Los Angeles County.

When she arrived, she immediately began to transform the department. “We had to move 30 different silos into one direction,” she says. “We had to grow the right leadership.”

Her goal was to encourage a better flow of information between operations, she says. “I wanted to connect all the sectors so that we could break down the internal walls and work as one agency,” she says. “When everyone is working with a common objective, [that’s] where game changers can happen.”

She looks at the department’s role in the Station Fire as an example of how public works can assume a more prominent role in the community. Rather than confining their participation to quietly hauling away debris, public works officials went door-to-door to explain the dangers and precautions that were being taken to prevent devastating mudslides. Fujioka says that “the true measure is not what happened but what didn’t happen. Catastrophe didn’t happen,” as it had in other communities. “It was handled extremely well.”

The success was partly attributable to the department’s approach to communications, Farber says. “I believe in transparency,” she says, “We can no longer operate as a silo agency. We have to turn it inside out.”

Farber says she initially felt resistance when she told the department they should post the numbers to their direct phone lines on the website. “They said, ‘We’ll get phone calls’,” she recalls. “I said that was the point. We want the public to understand what we do.”

Among the projects she is most proud of, she points to the construction of the $450 million Martin Luther King Jr. medical center as a key success. Not only was it completed on time and on budget, but the department offered a “level playing field” on bidding that allowed greater participation among small and medium businesses.

Farber says her work in redefining the department as a “first responder” also excites her, because she considers the work that her employees do after an event a critical part of the recovery effort. “We have earned and deserve a place at the big people’s table when it comes to public safety,” she says, adding that such participation furthers her broader vision of cooperation between her department and the other centers of the county government.

Outside of her core responsibilities at the county, Farber is interested in promoting academic interest among young girls in science and math careers and promoting women into leadership positions in nontraditional careers, like public works.

“I’ve been struggling to get women’s issues on the table,” she says. “I want to see how we can all work together, making leadership all inclusive, leadership all across the county, not just in public service.”

She is very excited about the Youth Opportunity Program because it is an example of the “game changers” she strives for. “We can be a link to stop the cycle, be part of the transition through career development in public works,” she says. “The framework is now in place. We have drawn interest from half a dozen other county departments.” She also noted that when she sent out a request for mentors from her own department, the response was overwhelming. “People want to make a difference,” she says.

While public works has made progress, Farber doesn’t believe she has completed the job. “I want all the pieces to be in harmony, working together,” she says, “everyone believing that we can innovate change, sharing the vision, navigating the next wave.”
_____________