Plans to keep health care expenses from going off the charts. 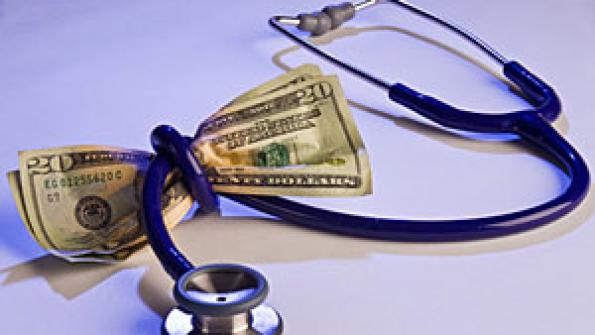 For more than a dozen years, Asheville, N.C., has held increases in its health insurance plans below the national average through its innovative and highly successful wellness program. “The Asheville Project has documented that you can save money by making employees healthier,” says Cheryl Walker, the city's health and wellness manager. “People know you can save money, but can't prove it. We've been able to prove it with real claims data.”

Still, Asheville, which has limited cost increases to less than 5 percent annually for many years — well under the national average — has more recently felt increases of 10 to 15 percent. “We want to move costs back under control,” Walker says. “We're making changes in plan design. It's been multiple things over the years.”

The battle to contain seemingly relentless increases in health costs has taken different forms among the nation's local governments. Like Asheville, some are pushing wellness programs. Others are holding down their own costs by passing more of the insurance bill to employees. The struggle touches communities large and small, and in all corners of the United States:

While cost-shifting from the employer to employees is widespread throughout the public sector, the more long-term approaches are efforts like Asheville's to hold back the tide by motivating employees to monitor their health and offering incentives to encourage healthy behavior. Advocates maintain that the focus on wellness can substantially affect insurance costs. “The private sector has a lot to learn from state and local government on how to keep employees healthy,” says Beth Kellar, director of the Center for State and Local Government Excellence, a Washington-based nonprofit that studies local government benefit policies. “They are designing programs to keep employees healthy with fewer costs.”

Whether following the approach of cost efficiency or cost sharing, it is easy to understand why local governments are taking steps to control costs. A recent report from the Kaiser Family Foundation, a nonprofit research group, shows that workers' share of the cost of a family policy jumped an average of 14 percent in 2010 from the previous year — an increase of $500. The cost of a policy rose just 3 percent, to an average of $13,770.

Workers are now paying nearly $4,000 for family coverage, according to the survey, and their costs have increased much faster than those of employers. Since 2005, while wages have increased just 18 percent, workers' contributions to premiums have jumped 47 percent — almost twice as fast as the rise in the policy's overall cost.