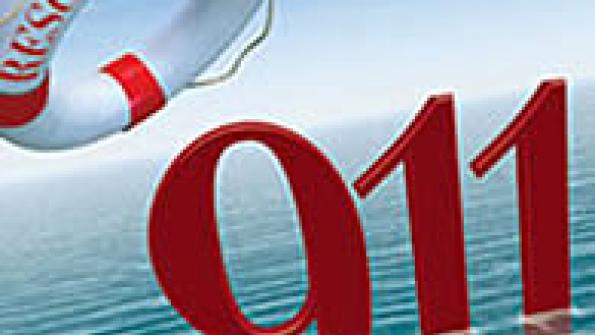 While 911's first responder role ends with the disaster itself, 311 can be a vital coordinator in the more extensive recovery period. It can receive calls from residents about debris removal and then dispatch the public works department or private contractors accordingly. It can operate a housing hotline, as Houston has done, to serve people who have been displaced from their homes. It can tell non-profit organizations the types of supplies and equipment needed, and what types are not, so there is not an oversupply of some materials and shortages of others.

Interestingly, 311's experience in coordinating service functions during disasters sometimes leads to changes in the normal administration of government services. In the past, when Orange County residents wanted to report a fallen tree or a drainage problem, they would call a district office within the Roads and Drainage Division of the Public Works Department. But, as 311 handled those calls during weather-related emergencies, public works, law enforcement and other agencies began to see the value of routing the service requests through 311 all the time. As the Houston 311 center developed relationships with emergency management services and the transit authority, the partners realized it made more sense for 311, rather than 911, to take calls to arrange transport to cooling centers for seniors during heat emergencies.

City and county officials with 311 in place say there is potential for even greater integration with other local agencies in disaster recovery. For instance, if 311's functions could be integrated with local building codes, then the 311 center could track the progress of post-disaster repairs. That means that 311 could follow the status from when a resident calls during a storm to say, “My roof is off,” to when a government inspector says, post-repair, “It's safe to live in this house again,” Nicely says.

Minneapolis witnessed 311's value in post-incident investigation following the Interstate 35W bridge collapse in August 2007. 311 received and recorded calls from people in the immediate vicinity, providing eyewitness reports as the accident unfolded. Those audio recordings were later used by investigators to determine the cause of the crash.

Even with thorough planning and preparation, however, 311 centers will encounter unexpected developments during an emergency and learn from the experience of responding to them. “We will never ask for a hurricane,” Bingham says. “But, we will certainly learn from it.” 311 center administrators, having found ways to translate their skills from routine government business to emergency situations, continually review data, technology options and public opinion to ensure that their service delivery becomes even more effective before, during and after disasters.

Anne Phelan is a freelance writer for the Washington-based International City/County Management Association.

The Washington-based International City/County Management Association, through its National Study of 311 and Customer Service Technology, has convened a group of 311 practitioners and other experts to study the potential for an expanded 311 role in emergency response and disaster recovery. Funding for the project is provided by the Alfred P. Sloan Foundation. For more information about the study, visit icma.org/311.

311 administrators also can learn from their peers in other jurisdictions through national professional groups, such as the Association of Government Call Center Employees, or local or regional groups, such as the Florida 311 Coalition. Many are eager to share their experiences with cities and counties that are considering creating a role for 311 in emergencies.