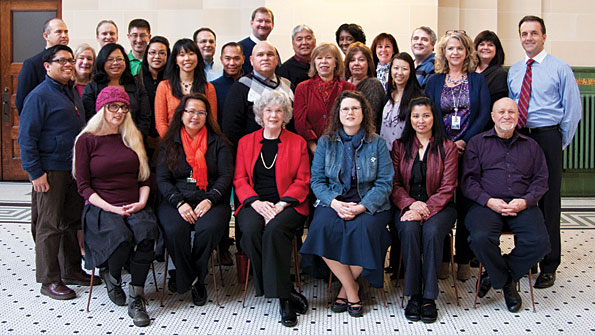 The Sound Transit Procurement and Contracts Division processed close to $1 billion in spending in 2012. The authority’s procurements are key to Sound Transit’s effective stewardship of taxpayer dollars. The national recession has reduced funding for the Sound Transit authority by 30 percent through 2023 for voter-approved expansions, so cost controls will continue to be a critical priority for delivering projects.

Affirming procurement excellence, the Sound Transit Procurement and Contracts Division has received NIGP’s coveted Pareto Award of Excellence in Public Procurement, recognizing achievement of criteria so challenging that only eight public agencies have earned the accreditation since the award’s inception in 2003.

“Striving to get the Pareto made us a better working team,” said April Alexander, Sound Transit’s Contracts Manager, Materials, Technology and Services. There were high-fives as the excited team learned of the award, she said. “The best part of the Pareto Award process was watching the team grow and increasing our ability to work together on a daily basis. The whole group was energized and proud of our accomplishment.” 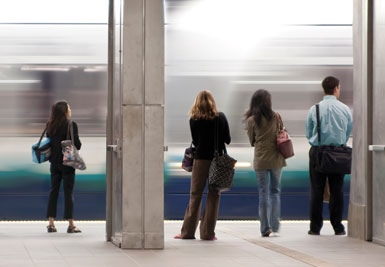 Sound Transit is the popular name for Washington state’s Central Puget Sound Region Transit Authority, which was established in 1996 and began operating transit services in 1999. The authority, formed by the Snohomish, King and Pierce County Councils, provides regional transit services within Washington’s three largest counties, an area with more than 50 cities and more than 40 percent of Washington’s population. The authority operates express bus, commuter rail and light rail service in the region with nearly 100,000 weekday riders.

The previous Director of Procurement and Contracts, Kunjan Dayal, helped lead pursuit of the Pareto Award, but had moved on to another job by the time the award was presented. Alexander said the momentum was there to finish the journey even with a vacancy at the Division’s top job. Dayal’s successor, Ted Lucas, came on board after the team received the Pareto Award at last August’s NIGP Forum in Seattle.

Alexander said her initial reaction at the suggestion of pursuing the Pareto Award was “who has the time?” — especially given the management climate of having to do more with less. “At the time, I had no idea how this pursuit would truly pull our team together. Every person in the division was involved.”

“Sound Transit’s operation stands tall in serving as a prime example of professionalism and proficiency in transit authority procurement,” said NIGP CEO Rick Grimm. The Pareto Award of Excellence in Public Procurement, comparable to the Malcolm Baldrige National Quality Award, is named for the political sociologist and economist Vilfredo Pareto (1848-1923), the father of scientific procurement, whose Pareto Rule says roughly 80 percent of the effects come from 20 percent of causes.