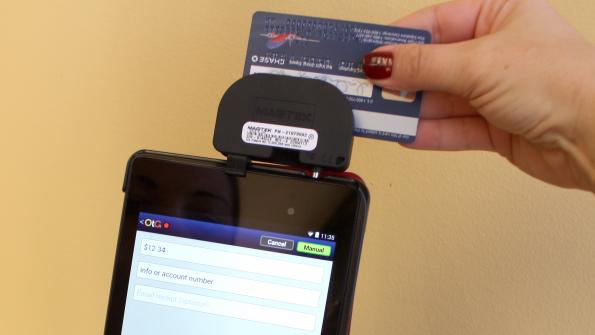 Jeff Godin, a former police dispatcher, noticed major inefficiencies in the way his job was handled, so, to close the communications gap, Godin created Badge Buddy.
At about $6 per download at the iTunes and Google Play stores, the app acts as a dispatcher in an officer’s pocket.

The app is essentially a one-stop resource center, says Godin. Included in the app is contact information for federal, state and county law enforcement, fire, EMS and other relevant agencies; legal reference materials and maps of routes and trails.

But Badge Buddy isn’t simply a reference guide. More active material is also included, says Godin. For counties where it’s available, constantly updating scanner links and Most Wanted lists are provided. Live updates on earthquake and other disaster events, and local news feeds are also available.
Although Badge Buddy isn’t currently available in every state or county, Godin is constantly updating the app, adding in new information based on requests and county population. Currently, the app serves approximately 200 counties and boasts around 2,000 users.

In the future, Godin hopes to include fingerprint scanners, using the iPhone’s reader, to immediately identify individuals in the field. But he says that functionality is a ways off.
“That is a little beyond me,” Godin jokes. “But if someone wants to put it in my app, hey, by all means.”

Mobility isn’t limited to smartphones, either. If you can text, you can participate.
Evolving out of a Code for America project in Philadelphia, Textizen is a service allowing local governments to gauge the opinions of citizenry via SMS polls.

“The charter that our team received when we arrived in Philadelphia was to open up public engagement in a way that would make it accessible to people that couldn’t get to a meeting at 6 p.m., or didn’t have internet access at home,” says Michelle Lee, co-founder and CEO of Textizen.

From city planning and transportation departments to human services and school districts, more than 30 municipalities are working with Texitzen. Through the service, municipalities post notices soliciting the opinions of residents on specific issues. Each question has a phone number tied to it, inviting people to text in their answers. Textizen then kicks off a two-way dialogue.

“[The conversation is] automated, has logic built in… it’s essentially a survey and a dialogue with end users that happens where they are with the technology that they already have in their pocket,” Lee says.

Because respondents are already engaged in the topic, Textizen surveys receive remarkable completion rates. “Between 75 and 90 percent of people who start a survey will finish it,” says Lee, adding this also makes follow-up possible. For example, if someone is interested in seeing more rapid transit, you can let them know when the next hearing on that issue will be.

“We first reached out in places where people were already waiting, so bus shelters were the first places we went to, but we also reached out in parks, restaurants, shops and other public places – transit vehicles themselves like subway cars and buses, with prompts that were really relevant to the place where people were seeing them,” Lee says. “Things like ‘Would you use rapid transit along this boulevard to get to Center City?’, or ‘How can we make City Center more kid-friendly?’”