The city has been on a mission to force property owners to keep homes up to code, and if they refuse, to raze abandoned buildings. 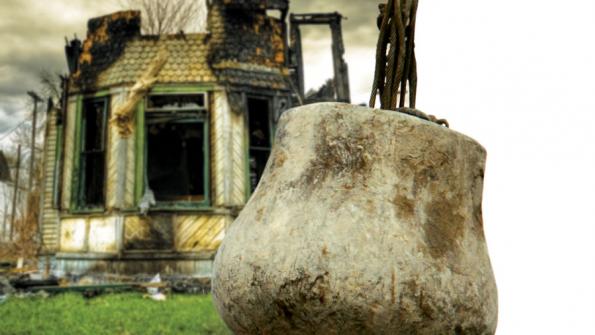 This article appeared in the January 2012 print edition with the headline "Menace to society."

Between 2000 and 2010, about 3 million buildings were added to the nation’s list of vacant properties. That represents a 51 percent increase, with 10 states seeing increases of 70 percent or more. Such decay is costing cash-strapped cities money. A November 2011 Government Accountability Office report found that Detroit has spent $20 million since May 2009 to demolish 4,000 vacant properties, and the report also showed that Chicago spent $15 million last year alone.

Vacant properties also have led to high-profile lawsuits against building owners and bad press for the cities that fail to address the problem. For example, the family of deceased Chicago firefighter Edward Stringer has filed a lawsuit against the owner of the vacant building where Stringer died in December 2010 searching for people. The building had been vacant for five years, and its owner was cited 13 times by the city for non-compliance of code regulations.

Aiming to prevent similar incidents in Indianapolis, the city has been on a mission to force property owners to keep homes up to code, and if they refuse, to raze abandoned buildings. The work has been costly, but city officials believe the expense is worth eliminating the threats to neighbors and public safety personnel that abandoned structures present.

Between 9,000 and 10,000 abandoned properties are within the Indianapolis city limits, and each has the potential for a slew of problems from sheltering criminals to massive fires, says Reginald Walton, administrator of the Indianapolis Abandoned and Unsafe Buildings Program. Arson is the core threat, whether intentional or accidental, he says. Often, squatters go into the homes and set a blaze to stay warm, to cook food, or they may spark a fire by using power tools to strip copper out of the house. “It puts a lot of our sworn officers and firefighters in harm’s way,” Walton says.

About 90 percent of the city’s vacant property fires are arsons, says Robin Nicoson, Indianapolis Fire Department’s chief of safety. “Some of these vacants are totally engulfed when we get on the scene, and that’s where our incident commanders need to weigh the risk and the benefit,” he says. “But if there are people inside, firefighters are still doing primary searches, and it gives us a chance to get more people injured.”

Once the fire department leaves the scene, the building remains life threatening, and the city could be held liable for any accidents that occur afterward, Nicoson says. For example, if children play in the structure and it collapses, the city could be sued.

If another fire erupts at the same site, the location is even more dangerous for public safety personnel. Even so, firefighters still must enter such buildings during a fire because their first mission is to rescue any occupants even though the structure may collapse. “The only things we are going to gain are injuries or death because you are going into something that’s already burnt,” Nicoson says.