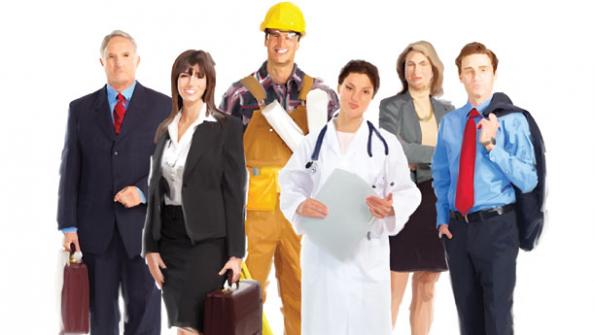 This article appeared in the July 2012 issue with the headline, "The art of job making."

While traditional economic measures show that the Great Recession has been over for quite some time, perpetual joblessness in many parts of the economy says otherwise. But even as high unemployment numbers still plague much of the country, some areas have been successfully creating new jobs and retaining old ones using non-traditional as well as old-school economic development methods.

For instance, last year, Fort Bend County, Texas, added 845 new jobs through corporate relocations or startups, while retaining 822 jobs that were subject to possible relocation to other areas, says Bob Hebert, county judge. “These 1,667 added or retained jobs and the related increase of $278.2 million in invested capital are the highest numbers achieved in any 12-month period since we initiated our economic development strategy in 1986,” he says.

The economic development strategies that are working now are not necessarily the same methods that worked five or 10 years ago. Instead, successful cities and counties are making strides by pursuing more projects, forging new partnerships and focusing on previously overlooked segments such as entrepreneurs and immigrants.

Adding irons to the fire

While Fort Bend County, located near Houston, has experienced some success, national economic realities have forced county executives to place their eggs in many baskets. “We have won several competitions for major corporate moves to the county over the past several months only to have the projects canceled as those companies redefined their own strategies in the face of the continuing economic recession,” Hebert says. “With so many prospects canceling their projects, it was felt we needed to increase the number of prospects if we were to have a reasonable number of projects completed.”

The county council launched an aggressive five-year national marketing campaign to promote Fort Bend County to the nation’s business community. “This multi-million dollar project is structured to increase the interest in the county as a site for relocation or expansion,” Hebert says.

The Fort Bend marketing program, which targets a well-defined core audience, includes advertising elements encouraging businesses to headquarter or expand in Fort Bend County, while also branding the county as a high quality, premier destination for families. “The key to the process is to create a positive perception of Fort Bend County in the minds of our core audience based on facts and figures, rather than opinions or beliefs,” Hebert says.

Almost three years into the five-year campaign, results so far include almost 3 million gross impressions for TV commercials in Houston area; 29 million gross impressions for radio commercials in Houston, Los Angeles, San Francisco, New York City and Trenton, New Jersey; and 1,058 website visitors per month. And “while the identity of prospects is held in confidence, we have seen a significant increase in legitimate prospects in 2011 and 2012,” Hebert says. “We are landing relocations and expansions at our pre-recession rates.”

In Charlotte, N.C., economic development professionals are similarly focused on broadening their potential prospects. In fact, Ronnie Bryant, president and CEO of Charlotte Regional Partnership, does not measure success by the number of jobs created but by “the number of opportunities I give my community to compete for,” he says. “My No. 1 metric is, how many different companies are we working with at one time at some stage of development?”

For the Charlotte region, Bryant’s goal is to keep a rolling average of about 70 deals in the works at all times. “If I can get Charlotte into enough deals, we can win our share,” Bryant says. “We have a competitive product, but you have to get a seat at the table first.”

During the past few years, the Charlotte Regional Partnership has worked to increase the number of projects in negotiations by becoming more aggressive in its marketing activities, Bryant says. That translates into more visits with company executives who may be interested in expanding a national public relations campaign, and the establishment of Memorandums of Understanding with investment promotion agencies in other countries to support cooperation in investment promotion, marketing and referral.