Everything’s on the table 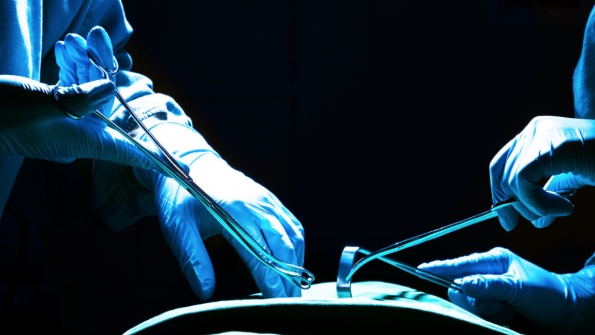 Everything’s on the table

Even before the enrollment phase of Affordable Care Act was launched in October 2013, San Diego County health officials recognized that broad change was coming in national health care. Leveraging ACA’s provisions, they implemented their own 10-year health plan to substantially redesign the delivery of services to their constituents.

Today, the county is considering not only providing low-income residents with basic health services, but also setting them up with training so they can find work in the health care system, as aides and perhaps even nurses. With the ACA’s new focus on a complete rethinking of the nation’s health services, some leading health officials are pairing wellness visits and immunizations with job placement and permanent housing.

“The traditional role of public health has changed,” says Nick Macchione, director of the county’s Health and Human Services Agency and deputy chief administrative officer. “We are an integrated health and human services agency. ACA was clearly an accelerant in this approach.”

While political leaders in Congress and state capitals across the nation continue to debate the merits of the controversial health reform law, there is clear evidence that the nation’s health system is undergoing a pervasive redesign that continues to evolve as ACA’s provisions take hold.

Leaders in public health remain uncertain about the exact contours of this new health system and what role the traditional public health system will play. “The new law is very much a work in progress,” says Bruce Dart, executive director of the Tulsa, Okla., City-County Health Department and past president of the Washington-based National Association of County and City Health Officials (NAACHO). “It will be a positive going forward, but it is still playing out. It will be interesting to see what happens with the ACA.”

Public health officials see themselves not only assuming new roles in this new health ecosystem, but as key players in defining its final outcome. They hope that they will guide the nation from a “health care” system to a “health system” that places the premium on prevention and early intervention. Still, they are uncertain whether their vision will prevail and how their profession will fit in this final reconfiguration.

“All of us are not 100 percent sure what the next steps are actually going to be,” says Dr. David Fleming, the health officer for Seattle-King County health department. “But we do know the old system was broken.”

As much as local government leaders are focused on implementing the new law, which was passed by Congress and signed by President Barack Obama in 2010, they are also fighting for revisions that would ease their health care operations. In particular, they want the law, often called “Obamacare” by both its supporters and opponents, to extend Medicaid coverage to prisoners in local jails and ease up, or eliminate, excise taxes on high-value health plans, which are often a prized benefit for public employees. The taxes are scheduled to take effect in 2018.

However, Congress is in no mood to tinker, as Democrats fear any effort to offer any amendments will open up a debate to gut the entire law, and Republicans oppose any reform of the law other than a complete repeal and replace. So, those on the ground in local government are restricted to working with the original language and regulations issued from the federal departments charged with making it work.

Public health officials say the first year of full implementation of the law has brought mixed results for their operations:

In Nebraska, which did not accept the ACA offer to pay for an expansion of Medicaid eligibility to more working families without insurance, local governments are fighting to restore cuts in state aid that were based on the state’s faulty assumptions of health care savings, says Mary Ann Borgeson, a commissioner in Douglas County, which includes Omaha.

In Santa Fe County, N.M., which did accept the expanded Medicaid, healthcare workers teamed with enrollment workers to use health mobiles offering immunizations and blood pressure screenings to also sign up residents for insurance on exchanges and Medicaid.